Kill and devour anyone who trespasses into his territory.

Mr. Rex is a large Tyrannosaurus who is a minor recurring antagonist in The Amazing World of Gumball. He is the father of Tina Rex and he lives in the Elmore City Junkyard with his daughter. He made his first appearance in the season one episode The Quest. Originally, Mr. Rex only made small cameos in the show and was never fully shown on screen, until the season 4 episode The Routine where finally got his first full-body appearance.

Mr. Rex is a large Tyrannosaurus Rex with yellow eyes who has a scar across his right eye. He is also blinded in scarred right eye. 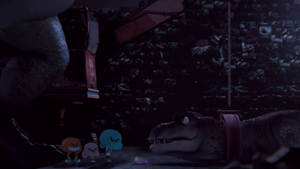 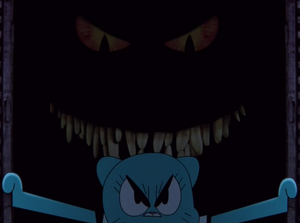 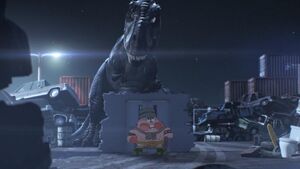 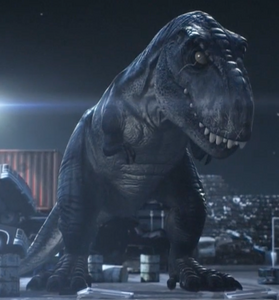 Mr Rex whole body
Add a photo to this gallery

Retrieved from "https://villains.fandom.com/wiki/Mr._Rex?oldid=4243716"
Community content is available under CC-BY-SA unless otherwise noted.