Ability to use whip

Insulting kids and their families.

Get revenge on Chi-Chi.

Mr. Shu  (周災悪 （しゅうさいあく）, Shū Sai'aku) is an abusive private tutor in Dragon Ball Z that Chi-Chi hired during a filler episode in the Trunks Saga for Gohan.

He was voiced by the late Hirotaka Suzuoki in Japanese and Chuck Huber in English.

Chi-Chi hires Mr. Shu as Gohan's tutor to increase his study skills. While Chi-Chi is out of the room, Mr. Shu whips Gohan with a whip and insults his father, Goku. When Gohan has a nightmare and grabs the hand of "Frieza", he is actually grabbing Mr. Shu's hand.

Mr. Shu then further insults Goku. He tries to whip Gohan, but he grabs his whip and breaks it. Mr. Shu cowardly calls Chi-Chi into the room, rather than fight him fairly. He lies to Chi-Chi about what happened and makes Gohan look like the bad guy (in the original Japanese version, he insults Chi-Chi's parenting and blames her for his rebellious nature). He then says Gohan wants to fight like his father (in the original Japanese version, he says Goku not coming home is the reason why Gohan is acting out). Chi-Chi denies it. Gohan then defends his father, and Mr. Shu whips him in the face so hard that blood draws down his face (the blood was removed in the edited version). Mr. Shu yet again further insults Goku, and he says Gohan was abandoned by a "worthless father".

Chi-Chi has had it and throws Mr. Shu out of a window and tells him to never come to her house again. He threatens her, which results in Chi-Chi chasing him away. Later Chi-Chi's father the Ox-King laughs hysterically about Chi-Chi throwing Mr. Shu out of the window. 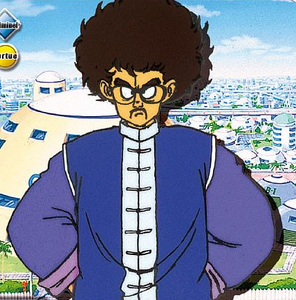 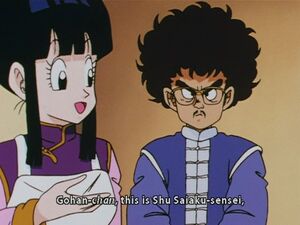 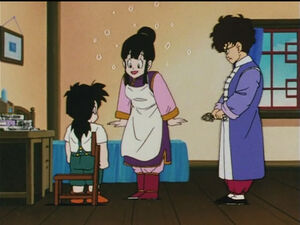 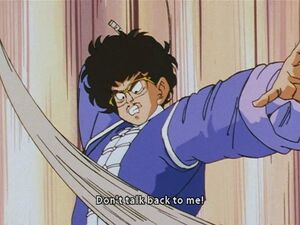 Mr. Shu about to whip Gohan for just saying he hasn't learned something yet. 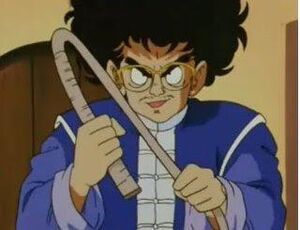 "What kind of attitude is that? I will not tolerate any rebelliousness towards me!" 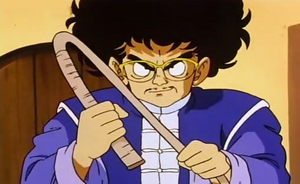 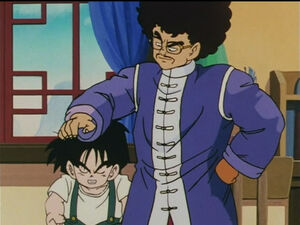 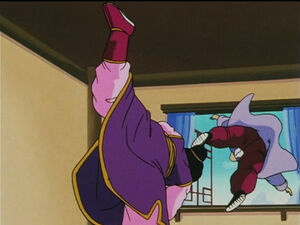 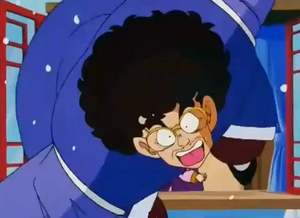 Mr. Shu being thrown out a window. 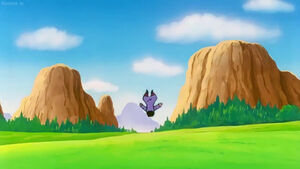 Mr. Shu falling to the ground. 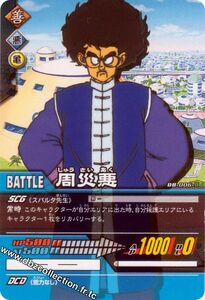 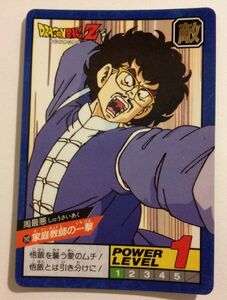 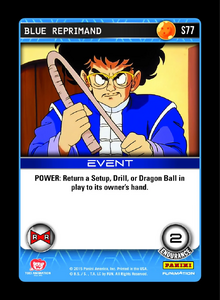 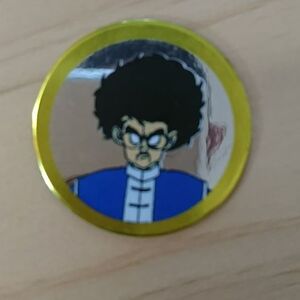