Smoking cigars.
Gambling with others.
Abusing the Nerdlucks.

Enslave the Looney Tunes as his new workers of Moron Mountain.

Enslave Michael Jordan and make him the new star of Moron Mountain.
Make Moron Mountain the most successful theme park in the universe.
Make the Monstars win the basketball game by any means necessary (all failed).

He is the evil alien owner of the intergalactic amusement park by the name of Moron Mountain, who seeks to enslave and bring the Looney Tunes cast to his park in order to attract more customers. He is also the boss of the Monstars and the archenemy of Michael Jordan.

He was voiced by Danny DeVito, who also played the Penguin in Batman Returns, Bobby Ciaro in Hoffa and Harry Wormwood in Matilda.

Mr. Swackhammer is the evil alien owner of Moron Mountain who realizes that no one is returning to Moron Mountain and that his business is failing. He decides to send the Nerdlucks to capture the Looney Tunes in order to perform their comedic acts in his amusement park, hoping that it could bring back customers as his newest attractions and save his business from foreclosure. This results in a basketball game and Mr. Swackhammer later comes to the planet Earth to watch the Monstars and the Looney Tunes play basketball as the Monstars coach.

Michael Jordan makes a deal with him that if the Monstars win, Mr. Swackhammer would not only get Looney Tunes, but himself as an attraction in Moron Mountain. If Michael wins, he returns nba players back their talent. He readily accepts it, so he thinks of the conceivable possibilities of Jordan as his newest attraction, playing basketball with his customers while chained up meaning he would always lose no matter what he did.

Mr. Swackhammer is known for being extremely ill-tempered, cantankerous, cynical and overall wicked in nature. He is a stingy and manipulative businessman who seeks to enslave the Looney Tunes as his new workers of Moron Mountain. He is very vituperative, opprobrious, abrasive and nasty towards the Nerdlucks. One of his most contemptible and outrageous plans is trying to enslave the Looney Tunes so he can use them as his new attractions at his theme park in the hopes of saving his business. 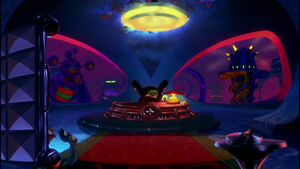 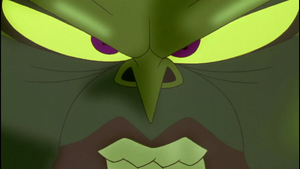 Swackhammer telling his henchmen that they need new attractions 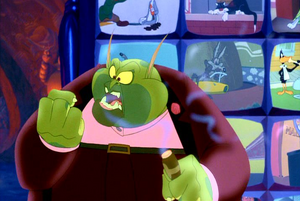 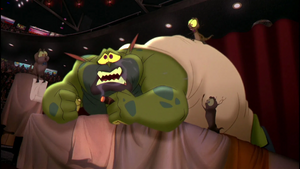 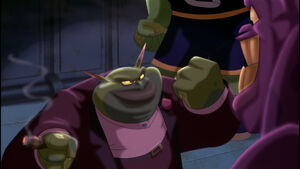 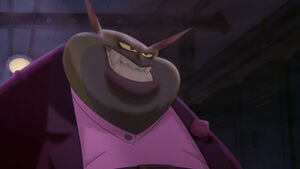 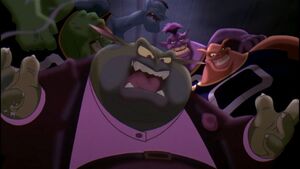 Mr. Swackhammer and the Monstars find Stan Podolak in the locker. 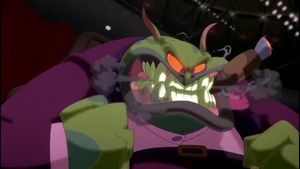 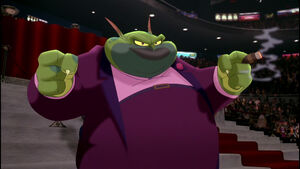 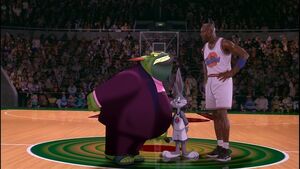 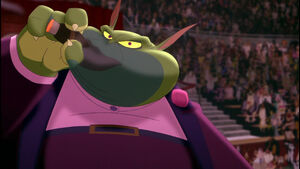 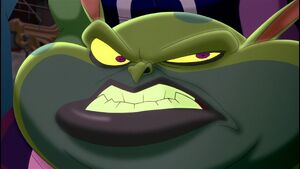 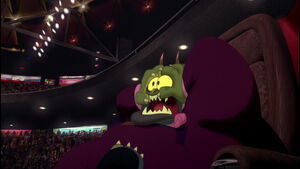 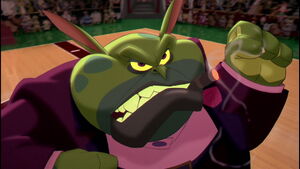 Mr. Swackhammer furiously berating the Monstars for losing the game. 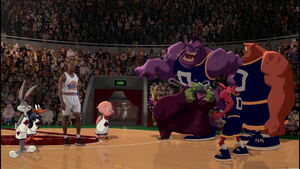 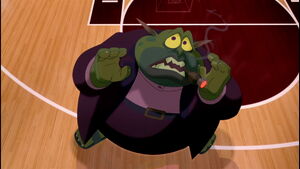 Mr. Swackhammer realizing that the Monstars are turning on him. 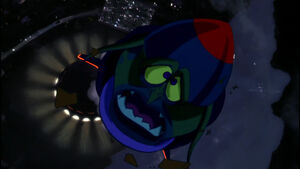