Mr. Webster is the main antagonist in the 1988 film Twins.

Efficient at delivering goods; won't allow anyone to live once they see his identity

Murderer
He is portrayed by Marshall Bell.

Webster is a delivery man who supplies goods to clients and earns large amounts of money in doing so. His latest business venture involves delivering a secret prototype fuel injector to a Beetroot McKinley for $5 million, and the item is kept in the boot of a car in a parking lot for Webster to collect. However, the car is broken into and stolen by Vincent Benedict, a small time crook and the fraternal twin of Julius Benedict (a tall, honest and naive man who is very different from Vincent in every way). When Webster discovers that the car is missing, he becomes determined to find the culprit, kill him, and take the money for himself.

When Vincent meets with Beetroot himself and sells the fuel injector to him, he leaves with the $5 million (in a suitcase) but witnesses Beetroot's death as he crashes his car into a wall, having been killed by Webster. Vincent then comes under fire from Webster and attempts to escape, but Webster catches up to him and aims at him. Julius then appears and distracts Webster, and Vincent reluctantly retruns to help his brother. After demanding the $5 million from Vincent, Webster prepares to kill them both anyway since they've seen his face, but Julius then tells him about the "third rule". When Webster questions him on this, Vincent notices a large chain dangling above where Webster is standing. Vincent quickly drops a nearby lever and the chain lands on Webster, knocking him to the floor and burying him alive beneath a large mound of chains. It’s unknown if he survived or not. 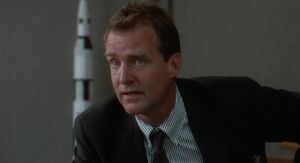 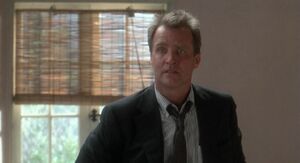 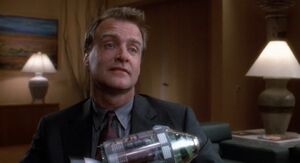 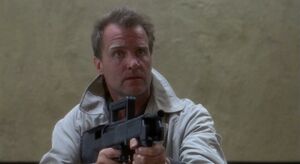 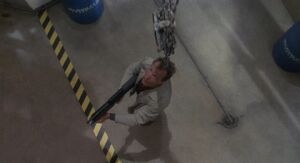 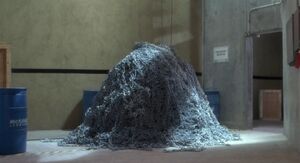 Webster is buried alive beneath a large mound of chains
Community content is available under CC-BY-SA unless otherwise noted.
Advertisement