Hanging out with each other.

Mr. John Wink and Mr. Timothy Fibb are the recurring antagonists of Codename: Kids Next Door. They are a pair of supervillains who use the Super Chairs to fight the KND. They are Mr. Boss's two loyal sidekicks.

Mr. Wink has a large brown tuft of hair that covers his eyes and has a pair of buffalo horns protruding out of it, while Mr. Fibb has walrus tusks and and very large, flipper-like webbed hands. No reason for the duo's bizarre appearance is ever given.

Mr. Wink and Mr. Fibb were the first villains to appear in the series, being the antagonists of the pilot episode,No P in which they are the lifeguards of a local pool and are not letting children swim in it, due to their belief that kids will "dirty up the pool" (completely oblivious to the pool filters, apparently). In Operation: C.O.W.G.I.R.L it is revealed that as children they were members of The Cowboy Kids Club, another group of children who fought adults. Their first names (John and Timothy, respectively) are also revealed in this episode. They also have many appearances alongside the other villains. 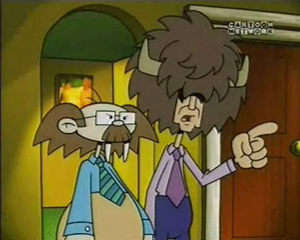 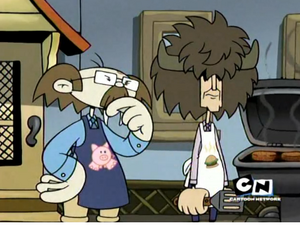 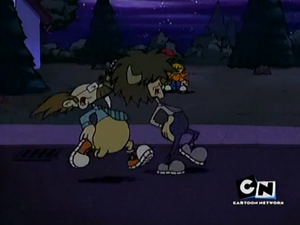 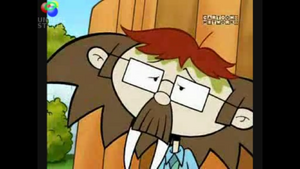 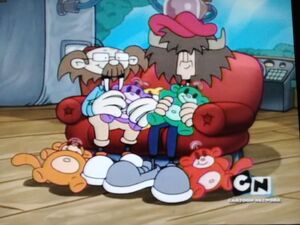 Retrieved from "https://villains.fandom.com/wiki/Mr._Wink_and_Mr._Fibb?oldid=4358459"
Community content is available under CC-BY-SA unless otherwise noted.