The Adventures of Ichabod and Mr. Toad

Manipulation
Skilled use of weaponry

Steal a motorcar and take over Toad Hall (failed).

Mr. Winkie is the main antagonist from Disney's The Wind in the Willows (which is based on the 1908 children's novel of the same name by the late Kenneth Grahame), the first half of Disney's 11th full-length animated feature film The Adventures of Ichabod and Mr. Toad.

He was voiced by the late Oliver Wallace, who also composed this same film and was known to compose and conduct the film scores between the late 1930’s and 1963, and acted as a live action reference for Sneezy and Dopey in Snow White and the Seven Dwarfs.

Mr. Winkie appears to be a short caucasian man who wears pink clothing. He has a small head of black hair at the top. His hair is fashioned in a similar manner to his black mustache. He wears big shoes and is typically seen in an apron.

On the surface, Mr. Winkie appeared to be a trustworthy bartender looking to help out Mr. Toad. In reality, he is a greedy yet clever trickster. Mr. Winkie was able to formulate a plan to scheme Mr. Toad out of his immense fortune and have him sent to jail. He also has a somewhat sadistic side, pretending to be on the side of Toad when he entered the court room, and then delivering his traitorous lie in a very sly and arrogant manner.

Mr. Winkie is secretly the boss of the Weasel gang. While he's very rewarding (sharing his stolen fortune, he is also very authoritative, not being afraid to smack his goons on the heads as he commands them to go after the protagonists.

Winkie is a wily barman who keeps a tavern that the weasels visit the day when Toad decides to try and barter with them for their stolen motorcar. With no money, Toad, playing right into the hands of the sneaky weasels, offers a trade: Toad Hall for the motorcar. Winkie signs the drawn-up contract as a witness.

When Toad is brought to court, he calls Winkie as a witness to corroborate the seemingly-outrageous account of that day, certain that he'll get him off the hook, and even goes so far as to elaborate on his so-called "unimpeachable honesty".

However, Winkie turns traitor on Toad by implicating him as trying to sell him the stolen motorcar. Toad is subsequently sent to prison.

On Christmas Day, when Toad escapes and rejoins his friends, Angus MacBadger arrives to tell them that the weasels have gathered at Toad Hall for a raucous party, with their ringleader being none other than Winkie, in possession of the Hall's deed.

So, that night, the four friends invade Toad Hall via a secret passage and try to make off with the deed while Winkie and the weasels are in a drunken slumber, ending up as a dangerous chase and game of "keep away" between each other.

In the end, the friends escape; Toad in possession of the deed. What became of Winkie and the weasels is currently unseen, but it can be theorized that they were sent to prison after Toad's name was cleared.

Winkie makes an appearance in the classic dark ride when the guests travel through his pub. He holds two spinning beer mugs and ducks down, leaving the mugs spinning in the air. 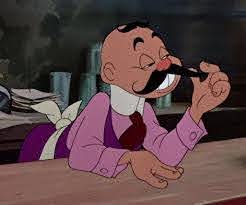 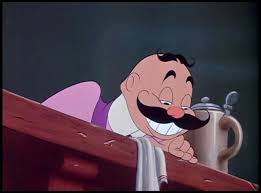 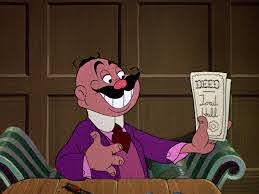 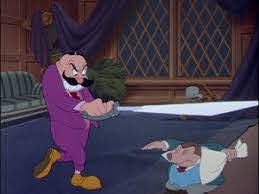 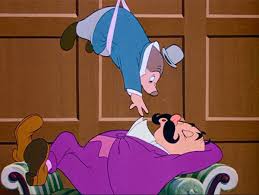 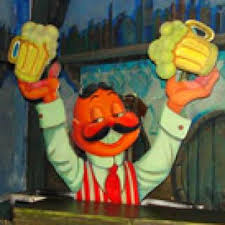 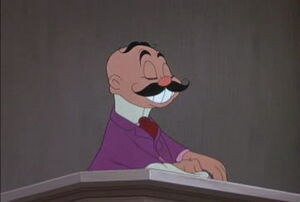