Villains Wiki
Register
Don't have an account?
Sign In
Advertisement
in: Comedy Villains, Female, Evil Vs. Evil,
and 31 more

Spending time with her son, Olaf

Destroy the Krums and Ellingboes' newfound harmony to continue their traditional feud.

Dispose of Jesper by convincing his father that Jesper had posted more letters than he really did.
Destroy Klaus' toys (all failed).

Mrs. Tammy Krum is one of the two main antagonists (alongside Mr. Ellingboe) of the 2019 Netflix animated film Klaus.

The matriarch of the Krum family in Smeerensburg, she maintains her family's traditional feud against the Ellingboe family as her ancestors have. But when postmaster Jesper Johanssen and toymaker Klaus inspire Smeerensburg's residents with their act of kindness, Mrs. Krum conspires with Mr. Ellingboe to disrupt the town's newfound harmony in order to restore the status quo. She is also the archenemy of Jesper.

She was voiced by Joan Cusack, who also played Debbie Jellinsky in Addams Family Values and Rachel Bitterman in It's a Very Merry Muppet Christmas Movie.

Mrs. Krum is an elderly woman of slightly above-average height, who wears a dark blue gown and cap and uses a cane.

Before Jesper came to Smeerensburg, Mrs. Krum and her people followed their tradition of hating the Ellingboe people from their ancestors, from the dawn of time. Especially when someone would uses the war bell, as a sign of starting a war against each other.

When Jesper rings the war bell, the Krums and Ellingboe started to fight each other, until they see who rang the bell. They're surprised for the fact that Smeerensburg came a post man, but when Jesper tries to explain why he's in Smeerensburg, Mrs. Krum, uninterested by his talk, keeps the fight going.

After a Krum boy got a toy from Klaus, and started playing with a Ellingboe girl, the Krum boy is taken with Mrs. Krum explaining why the Krums hates the Elligboe. Mrs. Krum states it wasn't the boy's intention to play with the Elligeboe and she remind him to not doing it again. However, as the days keep going, the Krums and the Ellingboe starts to be more kind to each other turning Smeenserburg from a violent place to a peaceful place. Mrs. Krum notices this is wrong, and tries to sabotage Klaus and Jesper for giving more toys to the children, but when she meets again with Mr. Ellingboe and planed the same thing, they get in a argument and fails in destroying the bag full of toys.

Truce between the Ellingboe

At night, Mrs. Krum calls the few allies she has behind and the few Ellingboes as well as Mr. Ellingboe, callls for a meeting to show what happened recently in Smeenserburg. She decides to make a truce with Mr. Ellingboe to stop the peace as well Jesper and Klaus for delivering more toys to the children. The following day, they discover Jesper's plan of delivering 6,000 letters in one year to go back to the family estate. As they're writing letters with the help of his son Olaf, and Mr. Ellingboe's daughter Magdalone, they mange to write 14,000 letters.

When Jesper's father comes to Smeerensburg congratulating him for making 14,000 in less than a year, he reveals the true reason he did everything he had done since coming to Smeerensburg to everyone. Mrs. Krum and Mr Ellingboe seize this opportunity of taking away Klaus now without Jesper's presence. However, Jesper's father takes note of Jesper's remorse, and after having a talk with him, Jesper decides to stay in Smeerensburg. Jesper seeing the Krums and Ellingboes with torches preparing to burn Klaus' toys, Jesper goes back and quickly jumps into Klaus slade, but without being tied, they ended up going back, making a chase as well the Krums and Ellingboes chasing after them. Being close to the end of a cliff, Jesper manages to stop the slade, but Mrs. Krum opens the bag and lets the toys falling down to the cliff, stating to keep the tradition of the ancestors. However, Jesper reminds Klaus words "A true act of a goodwill, always sparks another". Mrs. Krum thinks he might have gone nuts, but Jesper proves to her she's wrong when they turn around and see Magdalone and Olaf falling in love after Olaf saved her life. Both Mrs. Krum and Mr. Ellingboe are shock to see their children in a relationship and chase after them. Once they're gone, Jesper discovered the present Mrs. Krum trow were actually woods and the real slade and presents where with Alva.

The last scene they're appearing is in the wedding of their own children, unhappy for now being parents-in-law and ending their tradition of hating each other once for all. It remains unknown if Mrs. Krum mellowed out as the years went by or if she never came to totally accept her daughter-in-law. 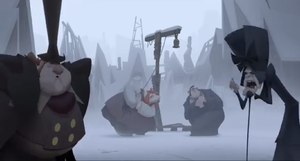 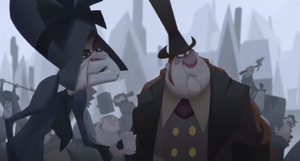 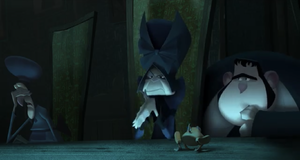 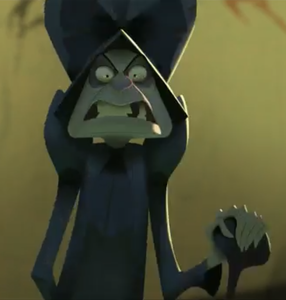 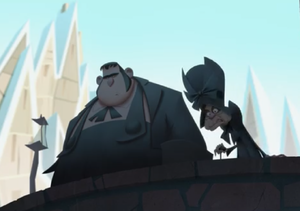 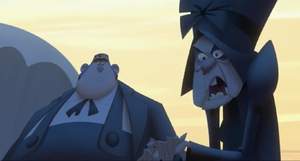 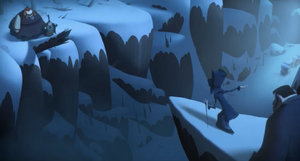 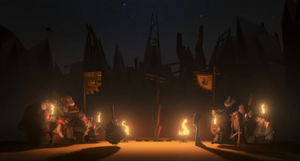 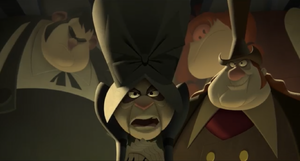 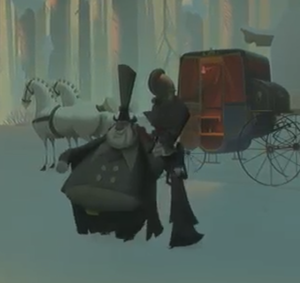 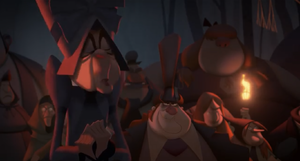 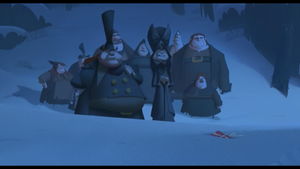 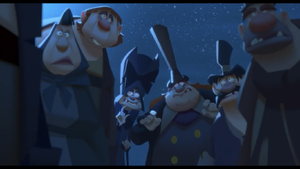 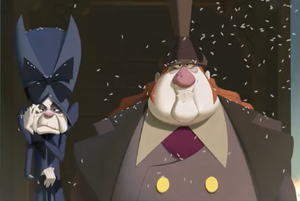 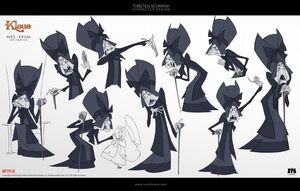 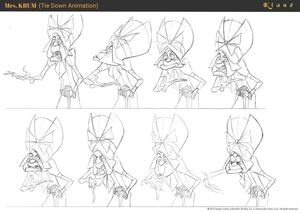 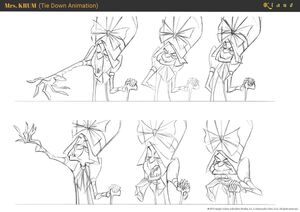