Smoking.
Drinking.
Abusing and lying to her son Billy.
Lying to Agnes and boyfriend

Start a new life without her husband and son Billy (failed).

Mrs. Lenz is the mother of Billy and Agnes Lenz and the overarching antagonist in Black Christmas franchise. In addition to being Agnes's mother, she is also her grandmother, due to the fact that Agnes is the biological daughter of Billy. Although she is not directly responsible for the massacre in Black Christmas, her abhorrent parenting and ghastly behavior play a major role in Billy and Agnes's murderous behavior.

Although Billy and Agnes are mass murderers, they are heavily portrayed in a tragic way. They have no understanding of right and wrong. All because of their mother.

She was portrayed by Karin Konoval.

Billy's mother's name is never revealed in the original Black Christmas, nor is she ever shown. The only reference to her is Billy (or possibly Agnes) doing an impression of her over the phone.

In the remake, much more is revealed, although still no name is given. She and her husband deeply despise one another (for unknown reasons). After Billy is born, his father has deep affection for his newborn son. His mother, on the other hand is disgusted with the baby. She even goes so far as to drop broken glass in his crib.

When Billy is five, she tells Billy he isn't going to get anything for Christmas. She lied to him saying the Russians murdered Santa by shooting his sleigh down, much to her husband correcting her. Soon after, her boyfriend shows up, and the two of them murder her husband and bury his corpse underneath the house. She then locks Billy in the attic, giving him no human interaction at all.

Seven years later, Mrs. Lenz is trying to get pregnant but is having trouble conceiving with her new husband as he is discovered to be impotent. She hears Billy in the attic one night and decides to go up and rape him. 9 months later, Agnes is born. Agnes is her mother's pride and joy, and is given the life Billy never had.

Eight years later, on Christmas, Agnes is opening gifts from her (grand)mother. Mrs. Lenz, growing tired of Agnes as well, goes into the kitchen to answer the phone. Billy is on the other line threatening her and Agnes. As she runs back in the living room, Agnes is gone. Her and her husband run up to the attic to try and find Agnes. But then hear screams down stairs. They walk in to find Billy tearing out Agnes's eye and eating it. Billy's stepfather tries to attack him, but Billy impales him on a Christmas ornament, killing him in one hit.

As she bawls in defeat, Billy strangles her with Christmas tree lights. He drags her body into the kitchen and violently beats her to death with a rolling pin. He then cuts large chunks out of her back with cookie cutters, which he cooks and eats. 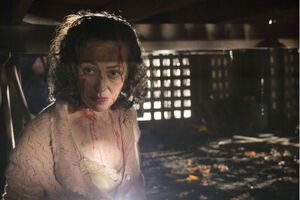 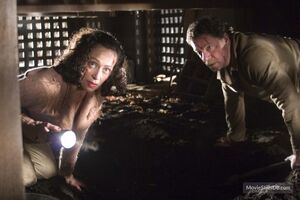 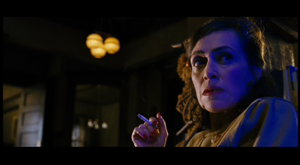 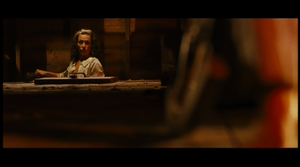 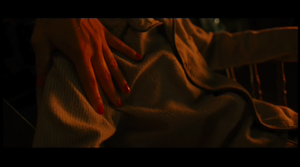 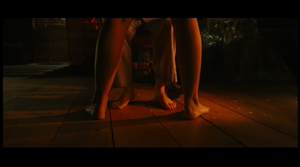 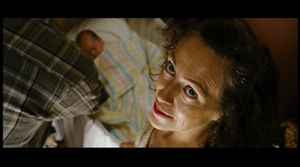 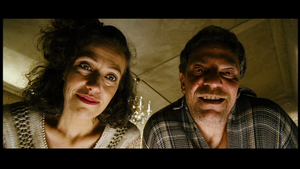 Constance meeting her end
Add a photo to this gallery
Retrieved from "https://villains.fandom.com/wiki/Mrs._Lenz?oldid=3867967"
Community content is available under CC-BY-SA unless otherwise noted.