The Hand That Rocks the Cradle

To seek revenge on Claire Bartel for the death of her husband Dr. Victor Mott and ruining her life.

Mrs. Mott (known by her fake deceiving name Peyton Flanders) is the main antagonist in the 1992 psychological thriller movie The Hand That Rocks the Cradle. She is a vengeful widow posing as a babysitter.

She is portrayed by Rebecca De Mornay, who also played Natalie Koffin from Mother's Day.

After losing her obstetrician husband, money, home, and baby and undergoing an emergency hysterectomy, Mott learns about Claire Bartel, the woman who filed a complaint about being sexually molested by her husband, which had driven him to suicide. Mrs. Mott plots revenge on Claire and poses as a nanny, under the Pseudonym "Peyton Flanders", and is soon hired by the Bartel family. She breast feeds their baby son Joey, talks Emma, Claire's daughter, into keeping secrets from her Mother, and hits on Claire's husband Michael, all in her attempts to ruin Claire's life. Mrs. Mott later convinces Claire that Michael might be having an affair with his ex-partner, Marlene Craven, and sets them up to look like they are meeting with each other in secret.

Later on, a fence builder and friend of the family, named Solomon, accidentally spots Mott breastfeeding Claire's baby while she's out, to which Mott aggressively insults him and tells him to keep his mouth shut. Knowing he could be a liability, she later has Solomon fired after planting Emma's underwear in his tool wagon. Meanwhile, Marlene does research on Mrs. Mott's husband and notices a photograph of Mott next to her husband. Realizing that she and "Peyton" are the same person, she rushes to Claire's home to warn her about Mott, but Mott lures her into Claire's greenhouse. As Marlene enters, she is killed by falling glass which had been rigged by Mott earlier in order to kill Claire. Mrs. Mott then empties all of Claire's inhalers (as Claire is heavily asthmatic), and when Claire finds Marlene's body, she almost dies after suffering an asthma attack.

Claire catches on to the truth of "Peyton's" true identity and returns home to confront her, punching her in the face before firing her; Mrs. Mott says that she and Michael were having an affair, but Michael rebukes it, saying that he was talking about Claire when Mrs. Mott recalled him telling her there was only one woman for him.

Mott leaves peacefully, but returns to the house that night to take Emma and Claire's baby for her own, and kill Claire and Michael. She knocks Michael out with a shovel and attempts to beat Claire to death, but Solomon arrives to rescue the baby from Mott's clutches. Mott attacks him but is then confronted by Claire, and they engage in a fight. Claire fakes another asthma attack in order to appear weakened, and while Mott is distracted by Solomon, she quickly pushes Mott through the attic window. Mott crashes down onto the lower rooftop before landing on the garden fence, impaling and killing her. 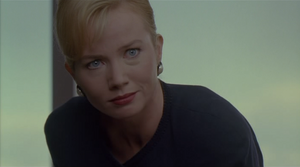 Mrs. Mott learns she has lost her husband, her home and her money. 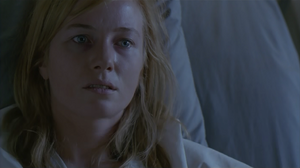 Mrs. Mott swearing vengeance on Claire Bartel, the woman who drove her perverted husband to kill himself. 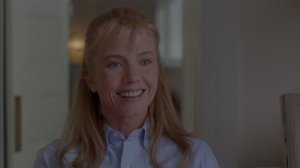 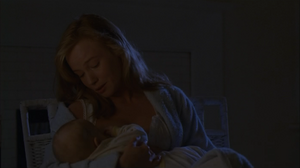 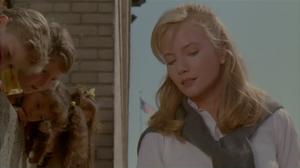 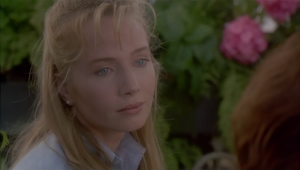 Mrs. Mott telling Claire that her husband was "murdered", and that his "killer" was never brought to justice. 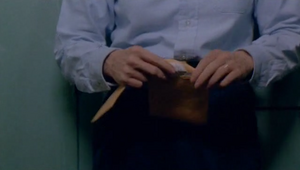 Peyton breaking a proposal that Claire must deliver. 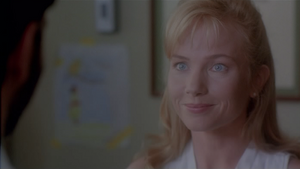 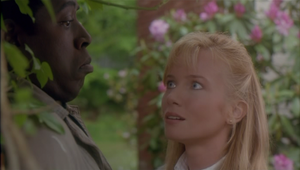 Mrs. Mott threatening the family's friend Solomon after he catches her breastfeeding. 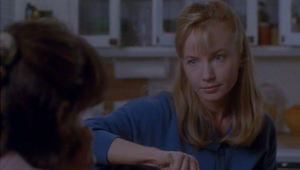 Peyton suggesting Peyton to think that Michael is with Marlene. 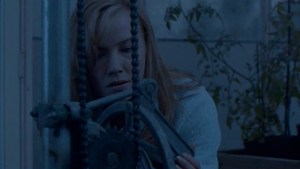 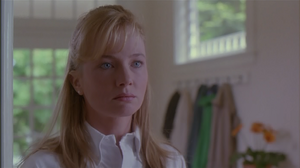 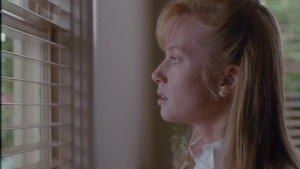 Peyton contemplating the death of Marlene. 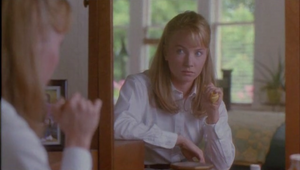 Peyton emptying all of Claire's inhalers. 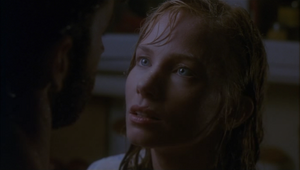 Mrs. Mott attempting to seduce Michael while Claire is in hospital. 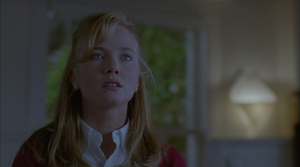 Mrs. Mott is fired by Claire after she too discovers her identity. 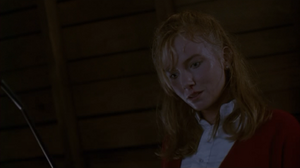 Mrs. Mott taunting Claire after returning to her home. 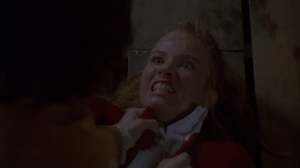 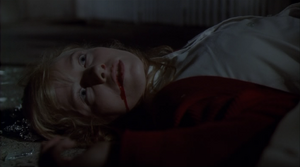 Mrs. Mott is killed after falling out of a window and landing on a fence.
Add a photo to this gallery

Retrieved from "https://villains.fandom.com/wiki/Mrs._Mott?oldid=3426436"
Community content is available under CC-BY-SA unless otherwise noted.