Mrs. Quivers is the villain from the Totally Spies episode First Brat.

She was voiced by April Winchell.

At the start of the episode, Sam, Clover, and Alex are hired by the President to babysit his spoiled daughter, Madison. They are introduced to her and Mrs. Quivers, her nanny. Mrs. Quivers gives the three girls Madison's schedules and tells them she is taking the day off, leaving the three of them to Madison. Pretty soon, Madison's rude behavior makes the spies' babysitting difficult until a spider-like robot captures her. Hearing her cries for help, Sam, Clover, and Alex chase the robot, but it vanishes. The trio discovers a computer message in which a masked figure tells the President to release a prisoner, a mad scientist, for Madison's release in two hours. They rush up to the top of the Washington Monument, where they come across the mysterious criminal and confront him. The crook tries to stop them with cans of gas, but the spies continue to chase the villain down.

The criminal makes off with Madison, and the spies rush into Mrs. Quivers' office. Just as they're about to help her, Mrs. Quivers tells them she is the kidnapper and locks them in a giant cage, lowering them down into a secret lab. She orders her two thugs, Robby and Bobby, to bring in Madison, which they do. That's when Sam, Clover, and Alex learn how Mrs. Quivers pulled off the kidnapping from the White House easily. They also learn that the mad scientist is Mrs. Quivers' husband. The evil woman explains to them how she wants to free her husband, and plots with her two sons to take over the world and bring down the President. She toys with the girls, tells them of her plan and orders her sons to torture them with metal spikes. In defense, Madison cries out for the villain not to hurt them, but Mrs. Quivers glares at her, telling her the spies have given her no choice.  Madison is bound and gagged by Robby and Bobby. Mrs. Quivers "thanks" the girls for helping her and makes off with her prisoner, with Robby and Bobby alongside her. Fortunately, the spies escape their prison and rush off in a helicopter to stop the bad guys.

Jerry and the president are fishing when Mrs. Quivers and her sons arrive in their motorboat with Madison in tow. Mrs. Quivers tells the President to call the Maryland State Prison and free Prisoner 34343. The President is shocked about what his nanny service is up to. Mrs. Quivers prepares to drown Madison if he doesn't comply to her demands.  Before Mrs. Quivers can make her move, Alex and Sam trap Robby and Bobby with nets. Mrs. Quivers makes off with Madison and Clover pursues her. She leaps onto the fiend begins to drive the boat, but Mrs. Quivers traps her with a flotation device. With one deft cast, Jerry catches Mrs. Quivers with his fishing rod, declaring it the "catch of the day." Afterwards, Mrs. Quivers and her sons are arrested and taken to prison. Madison is freed and Sam, Clover, and Alex celebrate with the President and Jerry. During the celebration, Madison apologizes to the girls for her bratty behavior earlier and they hug. As for Mrs. Quivers, her greed and lust for power has caused her downfall. 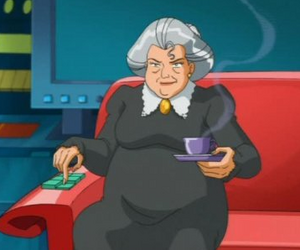 Mrs. Quivers in her evil glory 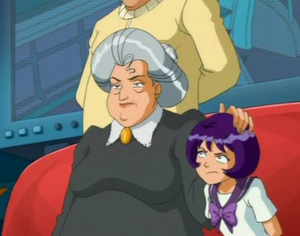 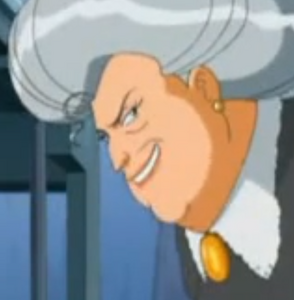