Fanatical Serial Killer
Mrs. Tredoni is the main antagonist of the 1976 slasher film Alice, Sweet Alice. She is a maid for the Diocese of New Jersey and cares for the priests who live there. Tredoni targets the Spages family for the parents' fornication and divorce, and wants to see them punished for their sins.

She was played by the late Mildred Clinton.

Mrs. Tredoni is a Catholic Italian immigrant living in New Jeresy who cares for two priests and an aging cardinal. At an unknown point in the past, she suffered the death of her child and felt hatred for God. As she coped, she later believed that it was a punishment for her sins and became convinced that God punishes wicked people by ending the lives of their children.

Devoted parishiners Catherine Spages, and her two daughters are friends of one of the priests, Father Tom, which sparks the jealousy of Mrs. Tredoni. This negativity is worsened when Tredoni learns that Catherine is divorced and was motivated to get married when her then boyfriend, Dominick, got her pregnant.

These sins make Tredoni indignant and she plans to murder Karen Spages at her first communion not only to punish her parents, but also because she is envious that Karen receieved a family heirloom (a cross necklace) from Fr. Tom. She does this by dressing similarily to the family's troubled daughter Alice Spages, wearing a mask and Catholic school raincoat. She strangles Karen and burns her body in a storage bench.

Throughout the investigation into the murder of the daughter, as signs point ot the aggressive and mentally unstable Alice, Tredoni continues to murder under the guise of Alice to punish the family further—wounding Catherine's sister (who strongly believes Alice is the murderer), killing Dominick Spages (who was conducting an independent investigation, believing the murderer to be his neice), and killing the pedophilic landlord Alphonso (who tried to strangle Tredoni thinking her to be Alice).

When detectives learn that Tredoni is the real murderer, they track her down to the St. Michael's Cathedral, where she plans to murder Catherine and Alice while they recieve the Eucharist, Father Tom aggrees with the police to coerce her into surrending at this time—Tredoni condemns Father Tom for giving communion to "a whore" and not to her, then stabs him in the neck. The parishiners are horrified and she is arrested. 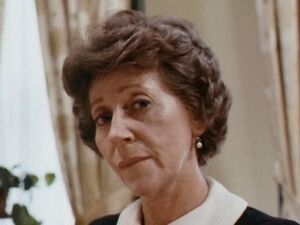 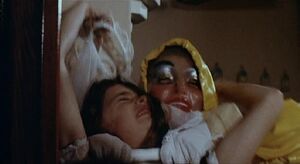 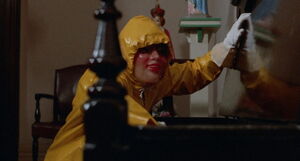 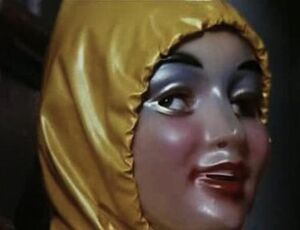 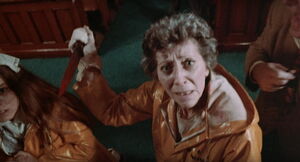