Sadistic Disciplinarian
Ms. Doombringer is a substitute teacher and a minor antagonist in the cartoon series The Fairly Oddparents.

Ms. Doombringer acted as a substitute teacher in many schools, posing as "Ms. Sunshine", a very nice teacher who rewarded her students for even the most trivial tasks. Her true plan was fooling any children with fairy godparents to wish that she was their permanent teacher. Once she would become the permanent teacher, she would scan her students for any signs of fairies, and once she has captured the fairy, she pulls off its wings and crown and mounts it in her personal collection. Unlike Mr. Crocker, she is far more competent at hunting fairies, making her even more dangerous to Timmy Turner than his usual nemesis. She even wrote her own book on how to hunt fairies.

She was voiced by Carolyn Lawrence as "Ms. Sunshine", and Susanne Blakeslee as "Ms. Doombringer".

After Crocker broke his bones when he fell into a well that was just dug up, Doombringer (as Miss Sunshine) became his substitute. Timmy later wished Sunshine became his permanent teacher. The wish came true and Doombringer revealed her true colors. She tries to capture by appealing to kids as a good teacher. Miss Doombringer found Timmy had fairies and tried to catch him. But, Crocker helped Timmy and Doombringer got ran over by a bus, vowing to return

When Ms. Doombringer first appears as Ms. Sunshine, she is dressed like a kind, old western school teacher with bright white and pink clothes and flowers in her hat. She had orange hair and teal green eyes.

After she detects magic from Timmy's fairies, she transforms into Ms. Doombringer, her own "professional" persona, and has white hair, orange eyes, and wears a black costume along with a purple headband, both adorned with skulls and she also wears what appears to be "The Punisher" skull logo on her shirt. 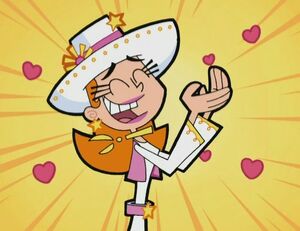 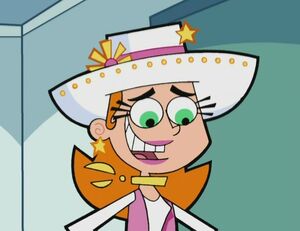 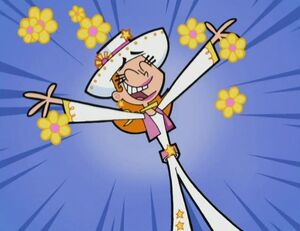 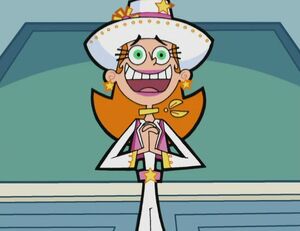 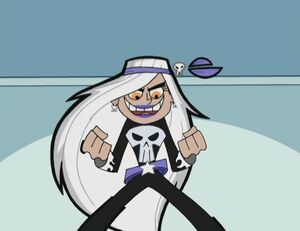 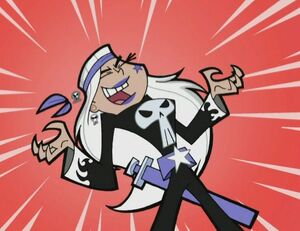 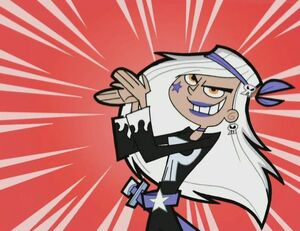 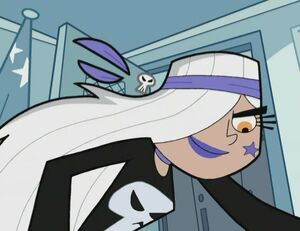 A close-up view on Ms. Doombringer.