Mu-12 is Noel Vermillion's true form and the true final boss of BlazBlue: Continuum Shift. She was awakened by Yuuki Terumi when he confronted Noel and revealed her origins. As Mu Noel's personality changes with nihilistic ideals and being abused.

In Chronophantasma,​ Noel begged Rachel to train her on how to control her Mu-12 form and she agrees. After training, Noel becomes able to retain her powers as Mu with her mind intact.

She was voiced by Kanako Kondo in the Japanese version, and by Cristina Valenzuela in the English version.

Mu-12 is the true form of Noel Vermillion. Through Yūki Terumi's ambitions, she fused with the true Azure, and awoke as the Sword of the Godslayer Kusanagi, someone who can kill a God.

Mu was made in Ikaruga, or more specifically, in the 5th Hierarchical City of Ibukido. As the twelfth Murakumo Unit to be made; she was christened as Mu-12. Made by Sector Seven to become the heart for the Black Beast and to fuse with Hazama, the body, she was to be made in the middle of the Ikaruga Civil War to become the ultimate weapon for Sector Seven to use against the NOL. However, this plan was thwarted by Takamagahara-System as they fired Gigant: Take-Mikazuchi upon the city, utterly obliterating every living being within the blast radius. Mu, in the stage of being smelted, and thus, in a cocoon, was saved from the same fate as the others, but left without an identity. She was later found and then subsequently adopted by Edgar and Claire Vermillion and christened as Noel Vermillion.

Mu awoke and Yūki Terumi gives her the order to destroy the Master Unit, Amaterasu. She goes to the open Gate, where she fights Hakumen and Jin Kisaragi, defeating them both. When Ragna the Bloodedge comes, he finally defeats the Godslayer by awakening Noel's mind, but sacrifices his left arm in the process.

Thanks to Rachel Alucard, Noel regains Mu's powers and abilities in order to save Tsubaki Yayoi with the power of the Azure. She no longer possesses the same cold, destructive personality she had after her initial awakening, and instead retains Noel's personality and memories instead.

Mu-12's personality is completely the opposite of Noel Vermillion's. While Noel is normally very emotional, as Mu-12 she becomes emotionless and undemonstrative, only acting based on Terumi's orders. She desires only for the world to be destroyed, believing that the world "hates her" and is filled with nothing but lies. However, after Noel gained control over her powers and transformation into Mu, she was able to retain her normal personality and emotions when in Mu's form. Upon transforming willingly, she becomes more "in control" of her emotions as opposed to when she felt as though she blacked out when fighting the Bolverk. She is also shown to be more confident, obsequious, authoritative, and outspoken, though she still has some degree of shyness and embarrassment regarding her rather revealing attire, particularly when facing Ragna, especially facing Kagura.

As Noel's true form, Mu has the same physical appearance as Noel, aside from her eyes being a soulless blue with tiny pupils and her long blond hair having a distinct fray. Outside of combat, Mu-12's outfit is similar to Nu's, but with more elaborate elements. having lights, thigh-high toeless socks, and blue nail polish on her hands and feet. Mu-12 also wears an armored headplate with long horns like Hakumen's. In battle, Mu-12 dons armor similar to Nu and Lambda with the same general design and floating blades. Unlike the former two though, Mu-12's armor displays much of her skin. It also has large pauldrons that bear a striking resemblance to the pauldrons of Hakumen's armor and contain what appear to be her Azure Grimoire.

As a child, she was wearing a blue experimental robe. Her hair retains the distinct fray. This version is also seen when Mu is affected by Amane's Astral Heat.

In Chronophantasma, as Noel is now in full control of her powers, Mu no longer has blank and lifeless pupils, her blue eyes are no longer dulled, and now have definition.

As with her sister units, Mu is a very deadly opponent on the battlefield. As the Kusanagi, the Godslayer, she was designed for the sole purpose of destroying the Amaterasu Unit. When fusing with the true Azure, she dons an advanced version of the armor worn by Nu and Lambda. Like them, she has the ability to hover and fly through the air, and can use the disembodied swords behind her to attack and defend herself. She is also able to conjure up an energy barrier by forming the blades into a rhombus-like formation. Mu possesses spatial related powers, preemptively striking opponents by opening wormholes and stabbing her weapons through to the other side and attack them at a distance.

Mu's Drive is Steins Gunner, which involves Mu displacing floating units across the battlefield. These units come in three types depending on the number of blocks, which open up several offensive options, mostly in attacking the opponent from all angles and even reflecting off of each other in order to disorient the opponent's focus. These units will fire a beam of energy when initially deployed, but Mu can fire her own beams into these units to maximize their potency. 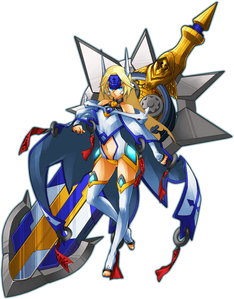 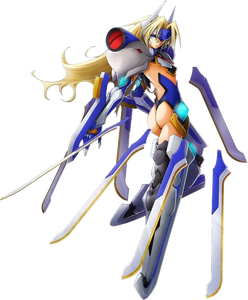 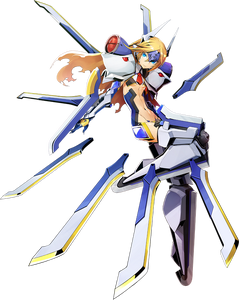 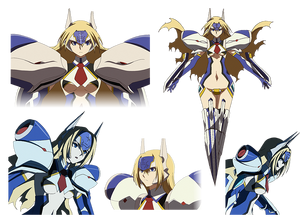 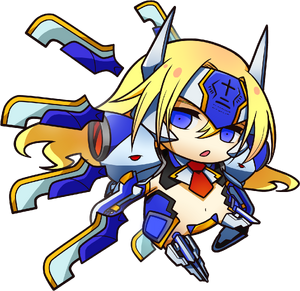 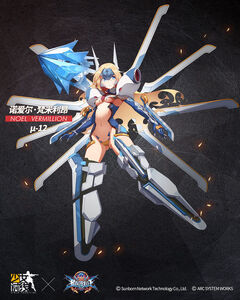 Girls Frontline
Add a photo to this gallery 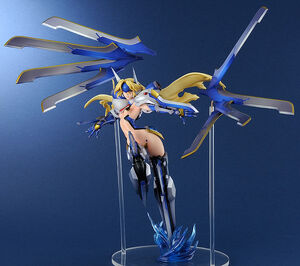 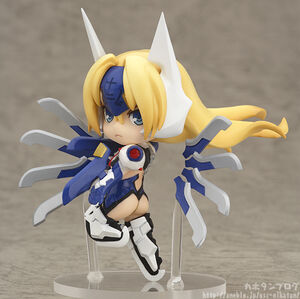 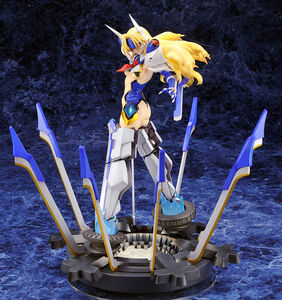 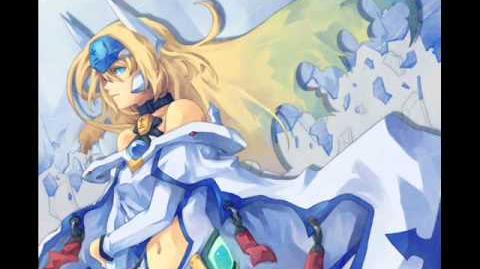 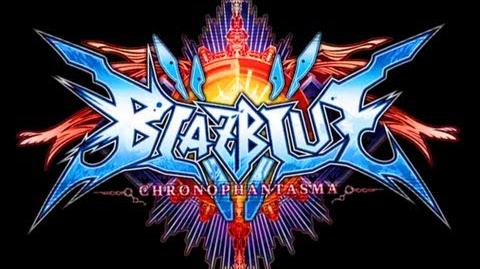 Retrieved from "https://villains.fandom.com/wiki/Mu-12?oldid=4079630"
Community content is available under CC-BY-SA unless otherwise noted.