The Muddy Bewilderbeast is a character debuting as the secondary antagonist of DreamWorks's 29th full-length animated feature film How To Train Your Dragon 2, and returning as a redeemed minor character in How to Train Your Dragon: The Hidden World. He is an evil dragon and Drago Bludvist's assistant. His master raised him from infancy, turning him into a living weapon for him to control other dragons.

His physical appearance matches that of Valka's Bewilderbeast.

The Bewilderbeast can be seen in the Hidden World, free of Drago's control after his defeat, and when Toothless roars as the King of Dragons, the Bewilderbeast accepts him as his new Alpha.

While initially an seemingly evil creature that was happy to work alongside Drago, Drago's Bewilderbeast actually harbors a more sympathetic and tragic nature. Before he had even hatched, his master took him while still in his egg and raised him, battering and abusing him to develop a sense of powerlessness against him and utter obedience to his master. Any perceived weakness was beaten out and he grew up developing the draconic equivalent of Stockholm syndrome and battered person syndrome. For much of his adulthood, the Bewilderbeast followed him and his armada, helping him recruit more dragons for his army.

However, during the battle for Berk, he observed Hiccup and Toothless' relationship to overpower him, and saw Drago being defeated and humiliated. Eventually, he arrived to the Hidden World and assimilated himself into dragon society, happily welcoming Toothless as his king and perhaps even grateful for Toothless for helping him see the error of his ways. 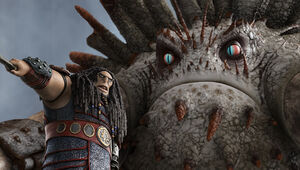 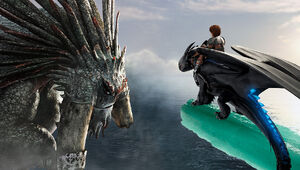 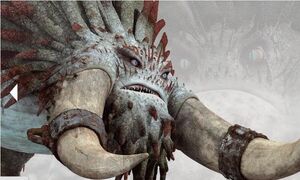 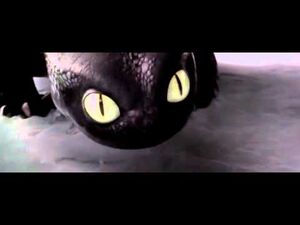 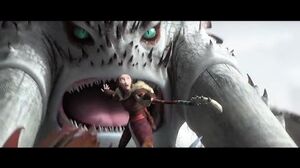 The Muddy Bewilderbeast compared to the Green Death.
Add a photo to this gallery

Retrieved from "https://villains.fandom.com/wiki/Muddy_Bewilderbeast?oldid=4068596"
Community content is available under CC-BY-SA unless otherwise noted.