Multiplex is the archenemy of Firestorm.

Even before he became a supervillain, Danton Black was a cruel and arrogant being. The assistant of Professor Martin Stein, Black was fired when Stein caught him stealing lab materials. But Black twisted everything and said that Stein was the one who stole HIS work, placing a legal junction on Stein's dream project of a nuclear reactor. But Stein wouldn't let his corrupt ex-assistant to ruin his chance, and activated the reactor, which was then blown up by terrorist Ernie Earhart, and fused Stein with high school senior Ronnie Raymond, thus creating the superhero Firestorm. But Black was also caught in the explosion, and gained the power to create duplicates of himself, thus turning into Firestorm's archenemy Multiplex. Multiplex is the greatest thorn in the Nuclear Man's side, and will not rest until he's snuffed out Firestorm's flaming head

Multiplex has the power to create duplicates of himself, each of which has some super strength and have a telepathic link with their master. However, the duploids are dependent on energy to remain active, and Multiplex must use his own energy source to keep this power going. 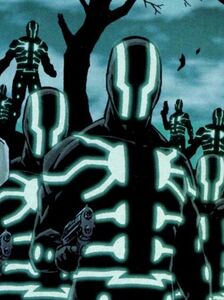 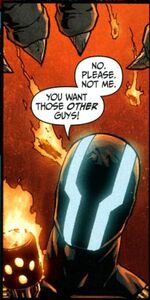 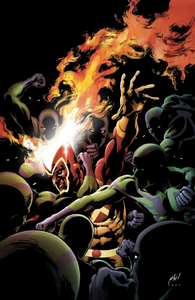 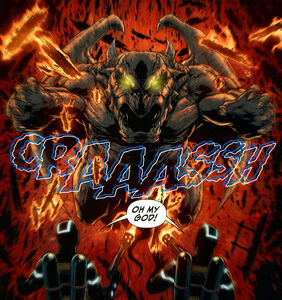 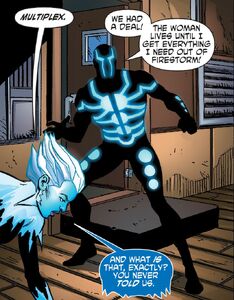 Retrieved from "https://villains.fandom.com/wiki/Multiplex?oldid=3409134"
Community content is available under CC-BY-SA unless otherwise noted.