The Mummy Commandos are gigantic, ancient mummified monsters who are the servants of Katchu Picchu and later the Pastmaster, and they the major antagonists in the episode "The Deadly Pyramid" of SWAT Kats: The Radical Squadron.

Unbeknownst to the archeological team at the Katchu Pichu dig site led by Dr. Abby Sinian, these multi-story monster laid dormant underground within the Lost Pyramid of Katchu Picchu until the Pastmaster, using the Jeweled Headdress of Katchu Picchu, rose the pyramid and awoke the Giant Mummies to do his bidding. They proved to be durable adversaries for both the Enforcers and the SWAT Kats, appearing to be indestructible foes, until the SWAT Kats discovered they could be defeated by attacking their visors. With their eyes exposed to light, they dissolved into a pink masses of flesh.

Each mummy carried a sidearm that shot red bolts of energy, capable of destroying aircraft and vehicles. The mummies also demonstrated considerable strength, able to lift and throw large vehicles with ease.

The Pastmaster also used these mummies to kidnap Deputy Mayor Callie Briggs, as she bore a heavy resemblance to Queen Callista, the target of the Pastmaster’s unwanted affections.

Most of the mummies were destroyed by the SWAT Kats and the Enforcers after learning of their weakness. After the destruction of the Jewled Headdress of Katchu Picchu, it is assumed that any remaning mummies, as demonstrated by the summoned Katchu Picchu himself, dissolved away. 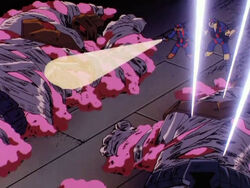 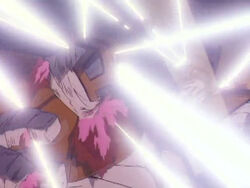 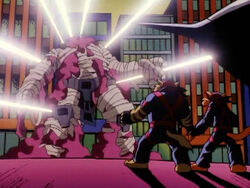 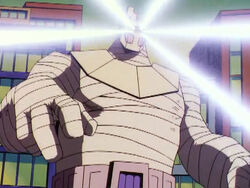 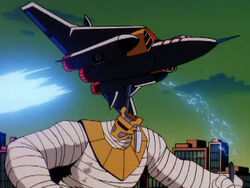 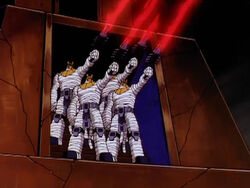 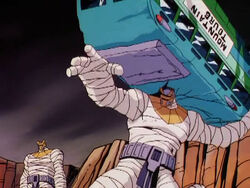 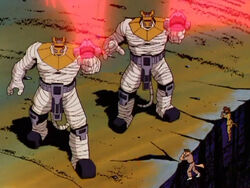 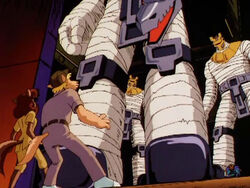 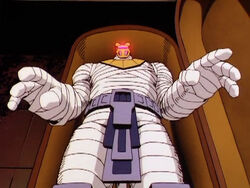 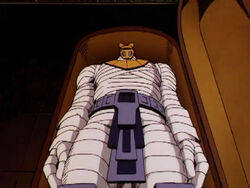 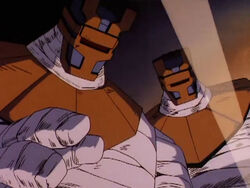