The Fallen Emperor of the Stars

Ability to lead a person to their demise

Mumumu Mikaboshi is the form that Satan/Lucifer takes in Gensokyo and an original character from the Touhou Project fangame, The Last Comer. She was the one responsible of altering the morning star, which in turn had various negative effects in Gensokyo such as making Youkai stronger, but she still had no hand making the meteor fall. She explains the heroines that her power is even more intense in the outside world, going as far as corrupting anyone into doing her desires if their spirit is weak. Her archenemy is Iesua Nazarenus, the main antagonist of the game, and the form that Jesus Christ takes in Gensokyo.

Mumumu has red eyes and long, red hair. As she is a demon, she naturally has pointy ears, two small horns on her head, and black wings on her back. She also has a noticeably darker skin tone than the average Touhou character. Mumumu wears a black, sleeveless kimono with torn edges, red trimmings, and a burnt orange highlight along the bottom edges, as well as a sarashi across her chest. She keeps a white scarf tied around her neck, a purplish-brown scarf wrapped around her arms, and a red scarf tied to her waist. She has a short, red skirt and brown boots, with two black belts fastened around each of the latter. Mumumu wears knee-high socks with red bands near the top to secure them in place and two torn black cloths around her wrists secured in a similar fashion.

Mumumu using a spell card
Add a photo to this gallery 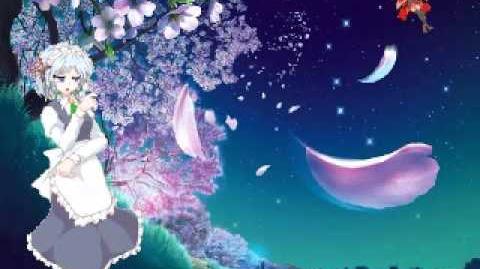 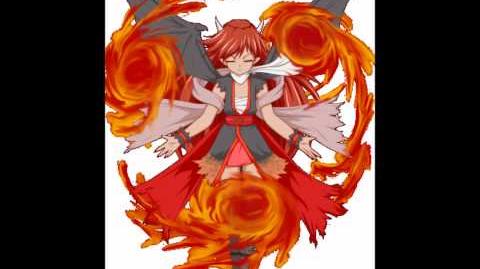 Retrieved from "https://villains.fandom.com/wiki/Mumumu_Mikaboshi?oldid=3669293"
Community content is available under CC-BY-SA unless otherwise noted.