Master of the Shadow Ninja Clan

Disciple of the Dark Dragon

Gain the powers of the Dark Dragon Blade.

Power-Hungry Ninja
Murai, also known as The Dark Disciple is the uncle of Ryu Hayabusa and the main antagonist of the Ninja Gaiden franchise.

Ryu was invading the Shadow Clan's fortress so as to visit Murai and they talked about the Dragon Sword and the Dark Dragon Blade. The ninja master remarked that it was a shame that the clan could not use the dark blade's power, when the ninja Ayane arrived with news of a raid on the Hayabusa village. After Ryu was defeated by Doku and set out to reclaim the Dark Dragon Blade, Murai told him the attackers were from the Vigoorian Empire.

During his quest, the Dragon Ninja was overshadowed by a member of the empire known as the Dark Disciple, who had been keeping track of the Dark Dragon Blade's growing power. After Ryu succeeded in reclaiming the blade from Vigoor, he had to throw it out of the pit he was climbing where it landed at the Dark Disciple's feet. He claimed it and revealed himself to be Murai, transforming into the "Devil Incarnate", then proceeded to battle Ryu. Despite his new dark powers, Murai was defeated and slain and the Dark Dragon Blade was destroyed.

Murai is a skilled warrior, wielding a pair of nunchaku in battle, which he is quite fast with. After becoming the Devil Incarnate, he gained great dark powers, superhuman abilities, and the power to summon a dark spirit dragon and wielded the Dark Dragon Blade. 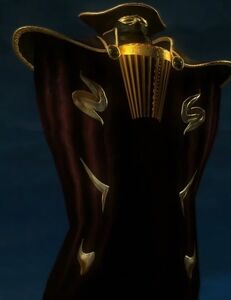 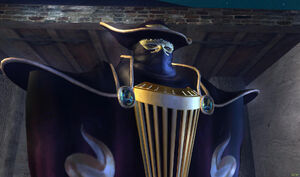 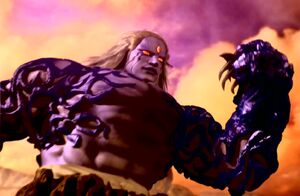 Retrieved from "https://villains.fandom.com/wiki/Murai?oldid=4319991"
Community content is available under CC-BY-SA unless otherwise noted.