Trapping foes in an endless nightmare

Taking over the Dream World and Real World (failed).

Murdaw, also known as The Dread Fiend, is introduced as the main antagonist of Dragon Quest VI. He is thought to be the one responsible for terrorizing the world with monsters. It is revealed at the beginning of the game that it is the Hero's destiny to defeat it, so he enlists in Somnia's army.

Murdraw's appearance is that of a chubby, green, horned creature.

Murdraw is capable of putting foes under eternal slumber spells, with the king and queen of Somnia were of the most notable victims to fall under said spell. Other offensive tactics he uses include blinding opponents with a flashing light and summoning forth lightning to strike upon them.

Murdaw, the Dread Fiend, makes an appearance since the very beginning of the game. The Hero, a girl, and a muscular fellow whose identities are not yet revealed, storm into his castle to confront him. He proves to be too strong for them and before they even get the chance to make a move, he makes them levitate and turns them to stone. The Hero awakens in the town of Weaver's Peak next to a girl with blue hair that introduces herself as her sister Tania, and she tells him he just had a bad dream. Not long later, Tania has an epiphany in front of the hero in the middle of a ceremony, with the goddess herself has taken over Tania and proceeds to tell the Hero that it is his destiny to destroy the Dread Fiend, Murdaw. During his quest, the hero meets Carver and Milly, the muscular fellow and the fortune-teller girl from his dream. He also ventures to a world that's similar from the one he comes from, only that he and his friends turns into phantoms, which means people from that world can't see them, only "feel" them. They call this world, the Phantom World. Madame Luca, the fortune-teller who was instructing and taking care of Milly, helps them make the Dream Dew, which allows them to turn visible in said world.

After the hero and his party get the Mirror of Ra and find out that the Hero's World is really the Dream World, and what they knew as the Phantom World was really the Real World; they use the mirror to reveal the King of Somnia of the Dream World to be Queen Apnea of the Real World, who disguised herself to save her husband from Murdaw. She asks to be taken to Murdaw along with the Mirror of Ra. After they defeat the fiend, the queen uses the mirror to reveal that Murdaw from the Dream World was, in reality, King Somnus, who was under the spell of the real Murdaw (from the Real World). This makes sense since the real Murdaw never sleeps.

After all of this is settled, the two monarchs can finally awaken and they direct the heroes to the town of Gent, where they can get a ship to take them to Murdaw's Island for the final battle with the real one. In Gent, an acknowledged child prodigy called Nevan joins them after receiving his destiny from The Goddess, and they set sail to finish off the Dread Fiend.

Strangely, on the way to the castle, the same events that happened in the hero's dream at the beginning of the game happen in the exact same way. This is perceived, though not understood by the Hero, Milly and Carver. Shortly after entering the castle, they find a statue that resembles Carver, the statue emits a strange light when Carver approaches it and "fuses" with him, giving him new memories. Then everything becomes clear:, as the "dream" that happened at the beginning of the game wasn't a dream at all, but the Hero and his friends did already try to take down the Fiend, who really turned them to stone. Their dream selves were all that was left of them, somewhere in the Dream World, devoid of their real world memories. Carver's two selves rejoin and he recovers his memory, but the Hero's real self is not anywhere in the castle. When they finally reach Murdaw he tries to do the same trick he did at the beginning of the game but since they have the Mirror of Ra, it proves unsuccesful and Murdaw is left with no choice but to battle them. After beating him, he challenges them again with his powers at maximum. This is the hardest battle thus far, but the party manages to beat him once and for all. After he is destroyed, the souls he had stolen are set free as well as the Alltrades Abbey in the Dream World.

After this ordeal, they go tell the good news to the king and queen of Somnia who confirms that the Hero is really the prince of Somnia and give him their blessings to look for his real self. It is later revealed to be just the first of four Dread Fiends at the service of the Archfiend, Mortamor.

Murdaw is a legacy boss in Dragon Quest IX after obtaining his map, which has a chance of being dropped when defeating Baramos at Level 16. 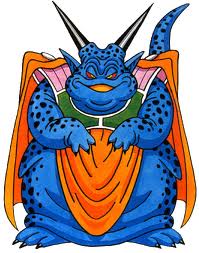 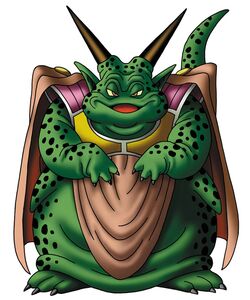 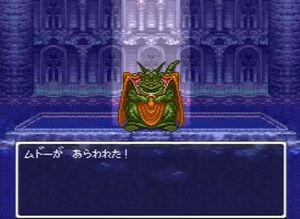 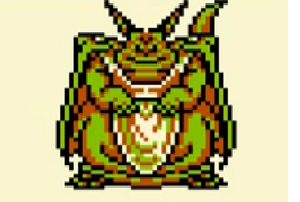 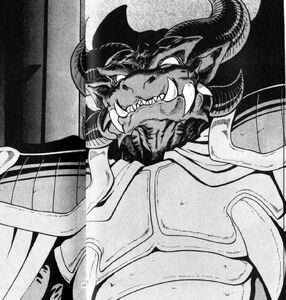 Murdaw in the Land of Illusion manga