Take over and settle in coastlines, lake shores and riverbeds.

Defend their villages, tribes and territories and drive out any outsiders.

The Murlocs are a hostile species of strange semiaquatic humanoids from World Of Warcraft, who have become a fan favorite due to their unique battle cry and somewhat comical appearance and mannerism - regardless of this Murlocs are actually a rather substantial threat and appear in varied forms throughout the game. Some Murlocs are even strong enough to act as bosses in dungeons and raids. Murlocs may indeed be one of the oldest native races on Azeroth. It is clear that they are not one of the "seed races" created by the Titans or descended from said Titanic creations. No curse of flesh seems to be inherent in their origins. Like trolls and tauren, there is no known explanation for the existence of these aquatic folk. They simply are. Interestingly, murlocs are susceptible to the plague of undeath, but at least in one location, said murlocs retained their free will much as the Forsaken do. Murlocs have good synergy amongst each other, meaning that there is an increased advantage in having many of them in the same deck.

Murlocs fight in packs, preferring to swarm opposing forces with superior numbers. But when pressed, the pack breaks and Murlocs retreat to the water, often abandoning their allies behind. Some warriors may view this tactic of Murlocs as cowardly and pusillanimous. More experienced warriors know better.

To pursue Murlocs to the water is equivalent to suicide: Murlocs are cunning foes with sharp senses and sharper reflexes. Being amphibious creatures, Murlocs are incredible warriors underwater. All too often, when a Murloc group retreats to water, it is to lure enemy forces into the watery carnage. Underwater, Murlocs use their aquatic skills and numbers to decimate enemy forces.

When engaging in battle underwater, Murlocs attack from all directions, using their numbers and amphibious bodies to their maximal advantage. Like a large school of piranhas, Murlocs spring out of their school and attack quickly, then retreat back into the safety of their school. As the more the Murloc school attacks, the weaker the enemy forces become. Furthermore, Murlocs do not allow victims to escape. The strongest combatants can die of either drowning or blood loss when engaging in underwater combat with Murloc army.

On land, however, Murlocs are not nearly as dangerous. Despite their agility, most murlocs are slow and clumsy on land, ill-equipped for the rigors of dry worlds.

The Murlocs are a bipedal, amphibious, semi-intelligent and aggressive race residing along coastlines, lakeshores, and riverbeds. Murlocs possess bulbous bodies, large mouths lined with rows of sharp fangs, and slime-coated skin. Individuals range in coloration from turquoise to darkish gray, while their heights vary from 3.5 feet to 6 feet. Depending on the variety, Murlocs may lean towards a closer resemblance to frogs or to fish; the iconic green Murloc has coloration similar to the red-eyed tree frog. 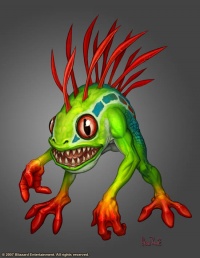 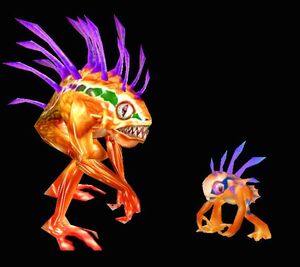 A Murloc and a baby Murloc 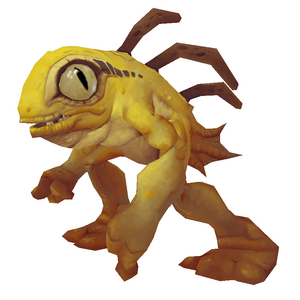 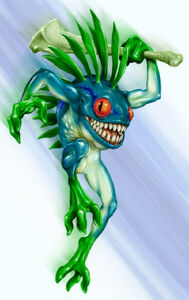 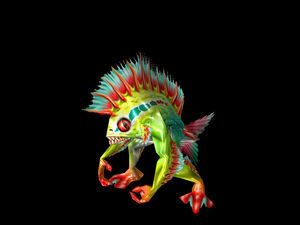 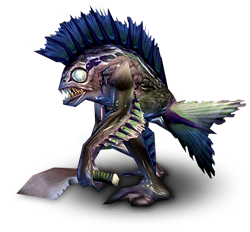 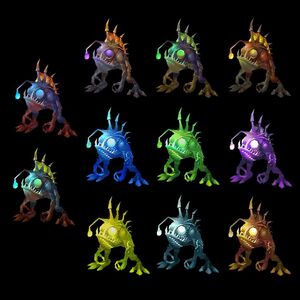 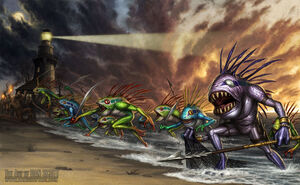 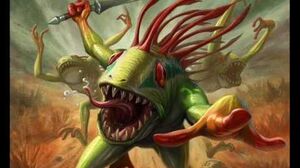 Sound of a Murloc