Destroy the DigiDestined (all failed).

Murmukusmon is the main antagonist in the the Digimon film Digimon Frontier: Island of the Lost Digimon, and the manga Digimon Next. Murmukusmon is a Mega Level Digimon that resembles a half-bird, half-demon monster. He can disguise himself as Darcmon and Hippogriffomon.

Murmukusmon was responsible for the war between beasts and warriors. He tricked the warrior Digimon by being Darcmon, and tricked the beast Digimon by being Hippogriffomon. His true intention was to release Ornismon and unleashed it's evil once again. In the end, he was killed by Agunimon.

Murmukusmon was a former member of the Commandments, serving as one of the commanders. He was originally MagnaAngemon but was corrupted into Murmukusmon because of a tragic past.

When Murmukusmon was MagnaAngemon, he was charged with protecting Yggdrasil (His Leader). One day, he found a young DemiVeemon that was abandoned by its Tamer. MagnaAngemon took care of the young Digimon, but it died without his Tamer's love. Barbamon (The Main Antagonist) came to MagnaAngemon and used those feelings of hatred toward that one human and turned it into hatred to all humans. This caused MagnaAngemon to become twisted and becoming into Murmukusmon.

He eventually redeemed himself, reverted back into MagnaAngemon, and became an ally against NEO. 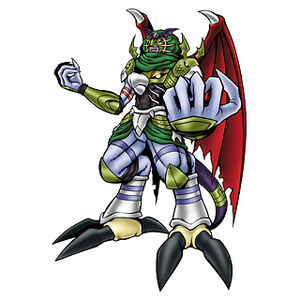 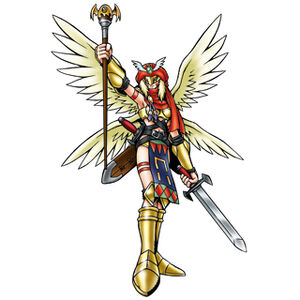 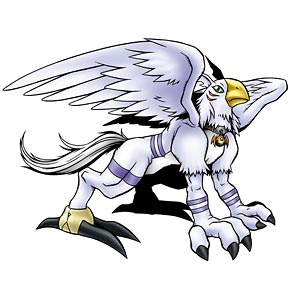