Villains Wiki
Register
Don't have an account?
Sign In
Advertisement
in: Kids, Traitor, Kids Next Door Villains,
and 45 more

Mushi Sanban is a recurring antagonist of Codename: Kids Next Door. She is the evil younger sister of Numbuh 3 who loves everything she loves, but turns them all into horrific destruction after turning to the dark side.

Like her sister, Mushi is very childish and overly happy. Unlike her sister however, beneath her outward personality she has a very sinister and conniving personality, despite her age. 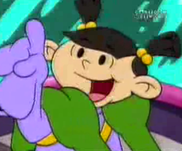 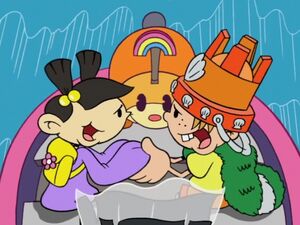