Mushiban is the main antagonist in Yes! Pretty Cure 5 GoGo!: Okashi no Kuni no Happy Birthday!. He is the man behind Coco's brainwashing and the guy giving orders his subordinates Dry and Bitter to eliminate the Pretty Cures. His motive is to take over the Dessert Kingdom, so that he can eat delicious sweets.

He was voiced by Akio Ōtsuka.

It is unknown where Mushiban originally comes from, as he does not have the trademark animal ears that the inhabitants of the Dessert Kingdom have. However, he later explains how he used to eat all kind of delicious sweets in the kingdom, but it never tasted special. Wanting answers, he took control over the queen of the Dessert Kingdom and two of her servants, Dry and Bitter, sometime before the start of the movie's story, forcing the queen's daughter Chocola to run and get the princes of Palmier Kingdom and Pretty Cure.

Watching behind the shadows, Mushiban is the man who orders Dry and Bitter to capture the Cures and eventually turn them into sweets to eat them. He himself uses Queen Dessert to capture Coco, Natts, Mimino Kurumi, Syrup and Mailpo, although he uses Coco for his plans to eliminate Cure Dream and turn her into chocolate.

During the battle, Mushiban is about to win until Cure Rouge, Cure Lemonade, Cure Mint and Cure Aqua defeated his subordinates. After the Cures defeat his subordinates and Cure Dream breaks his control on Coco, Mushiban still does not understand their passion to eat sweets together as a group, and pays a short respect to the Dessert Queen for answers. However, Chocola and Kurumi arrive and Chocola, seeing him hold her hand, yells at him to not touch her. He lets go of her hand and accepts Kurumi's battle challenge, watching her transform into Milky Rose. The battle is even for a long time while Chocola tries to wake up her brainwashed mother, but eventually Mushiban wins the battle as the Dessert Queen awakens. As Mushiban prepares to finish them all off, Cure Dream and Coco interfere, followed by Cure Rouge, Cure Lemonade, Cure Mint and Cure Aqua.

Mushiban decides that, if he cannot take over the Dessert Kingdom, he shall destroy it. He easily overpowers Pretty Cure, but with the Miracle Lights held by all the inhabitants of the Dessert Kingdom, Cure Dream explains to Mushiban how everybody's cheer makes her unstoppable, and re-transforms herself into Shining Dream. As she summons a new Cure Fleuret, the Starlight Fleuret, Mushiban uses his own saber to fight her in a sword fight. Shining Dream's abilities and everyone's hopes overpowers him as she defeats Mushiban using Starlight Solution. As Mushiban is about to die, he realizes his mistakes and how the sweets he ate never tasted special because he ate it alone, and finally fades into the light, while restoring the Dessert Kingdom back to normal. 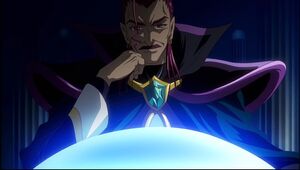 Mushiban in the Dessert Kingdom. 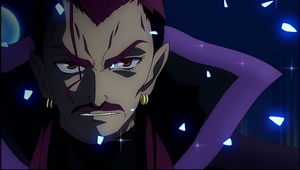 Mushiban mad because of Coco is free from his control. 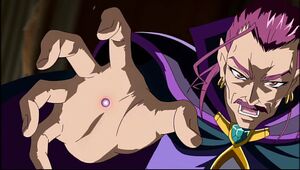 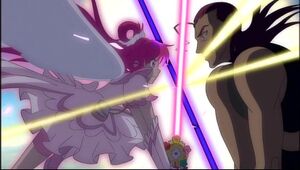 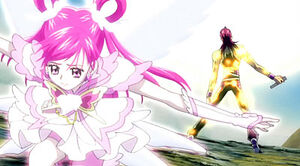 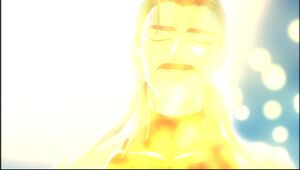 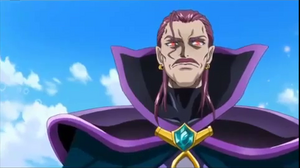 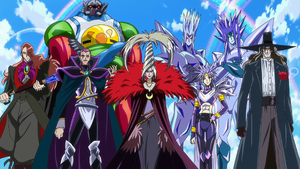 Mushiban with the other villains in DX3. 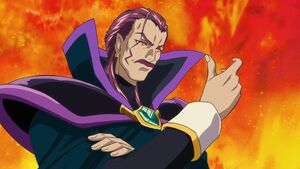 Mushiban ready to summon the previous monsters to attack The Pink team (DX3).