NOTE: This article is about the incarnation of Music Meister from the Arrowverse. The mainstream version can be found here: Music Meister.

Causing people to fall into a coma

Teach the value of love to heartbroken people.

Music Meister is an antagonist in the Arrowverse, appearing as the main antagonist of the musical crossover between Supergirl and The Flash. He is a being (presumably) from the fifth dimension who puts Supergirl and the Flash through a "musical" in order to help fix their love lives. He is the Arrowverse adaptation of the DC villain Music Meister.

He is portrayed by Darren Criss in his first villainous role.

When Barry Allen is accidentally thrust into the future and watches the evil speedster Savitar murder his girlfriend Iris West, he also sees a news bulletin mentioning several villains attacking Central City. Next to Killer Frost, Grodd and Plunder, Music Meister is also mentioned. It is stated that after Music Meister was captured, he was offered a 6-figure book deal.

Music Meister turns up at Earth-38 where he is captured by the D.E.O. and is brought in as an alien prisoner. Inside the D.E.O. headquarters, he sees Supergirl and uses his powers to throw Kara into a coma before fleeing through a dimensional breach, claiming he has "to catch the fastest man alive". To save Kara and to track down Music Meister, J'onn and Mon-El bring Kara to Earth-1. where they meet up with Team Flash and team up to take down Music Meister.

While J'onn and Mon-El are explaining the situation, Music Meister materializes inside S.T.A.R. Labs. When Barry and Wally run down to confront him, Music Meister reveals that he is aware of both their identities and claims that he has come to teach them all a lesson. Music Meister then uses super speed to attack Wally and throws him into a wall, also stopping Barry mid-sprint, claiming that he is too slow. Smashing Barry into the ground, Music Meister uses his powers on him, throwing him into a coma as well.

Barry and Kara arrive in an alternate reality which resembles a musical. After the two have started exploring their surroundings, they encounter Music Meister himself. When they accuse him of bringing them to this place, he tells them that they are inside their heads and thus, Barry and Kara are responsible for their surroundings. Kara attempts to hit him but her fist flies right through him. Music Meister explains that he is not really present inside the hallucination, as he is still in the real world where Central City is his for the taking. Music Meister reveals that Barry and Kara can leave the hallucination by "following the script" but adds that if they die in the hallucination, they also die in real life. Music Meister then causes the musical to start, resulting in a musical performance between Music Meister and other characters inside the musical which Kara and Barry know as characters from the real world. These include Cisco Ramon, Winn Schott jr. and Malcolm Merlyn. After the song is over, Music Meister has vanished.

Meanwhile, at S.T.A.R. Labs, the team realizes that Music Meister is draining Barry's and Kara's powers. He uses Kara's heat vision to break into a jewelry store. He is confronted by Wally, Cisco and J'onn and provokes Wally into a race. While Wally pursues Music Meister, Cisco and J'onn use a breach to cut him off. However, Music Meister then merely flies off, using Kara's flight powers. J'onn pursues him and smacks him out of the air and once Music Meister hits the ground, Wally finishes him off.

Music Meister is imprisoned in a cell at S.T.A.R. Labs. Mon-El and Iris confront him and want him to free Kara and Barry. However, Music Meister claims that he cannot save them and that it is up to Barry and Kara. However, he hints that Mon-El and Iris might find a way of saving the two if their love is strong enough. The two actually manage to return Kara and Barry to the real world. At that moment, Music Meister approaches them, having broken out of his cell with ease, and reveals that he put Barry and Kara through this ordeal as a lesson and he loves rooting for the good guys. When Kara asked him what the lesson was, Music Meister told her that love is about letting yourself be saved and not just saving other people even though they're superheroes. He claims that he sees everything and that he saw two broken hearts and made it his priority to fix them. H.R. asks whether Music Meister comes from another Earth or multiverse but Music Meister claims that they would not even understand where he comes from. Telling that he will now teach some other people the very same lesson, Music Meister vanishes from S.T.A.R. Labs and presumably from Earth-1 as well. 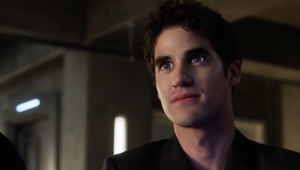 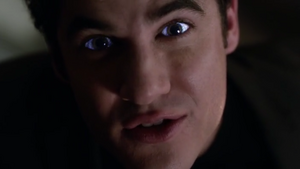 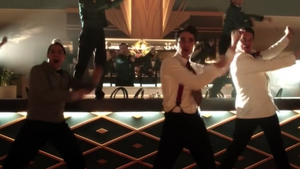 Music Meister starts off the musical