Ooze Monsters (also known as the Mutants), also called Oozing Creatures, are slimy, oozing creatures that first appeared in "Simon and Marcy". Their behavior slash the animalesco and his intentions with other living beings are unknown. They don't own nor sense reasoning of the communication. They are easy to beat with any blunt object; they are, however, an extremely dangerous group. Ooze Monsters are presumably attracted to loud noises, because when Simon knocks over the Clambulance, it makes a loud noise, attracting all the monsters to attack him and Marcy. They are frozen when Simon puts on the crown and creates a snow storm.

They are later seen in "James," where a large group of them are found in a pit in the Desert of Wonder (which is, apparently, the wreckage of the town Simon and Marcy lived in) where they attack Finn, Jake, Princess Bubblegum, and James. In the end, James sacrifices himself so the others can escape, and is turned into one of them, and is shown leading the others out of the pit. In "James II" they attack the Candy Kingdom, but they are defeated by Gumball Guardians and Jameses. 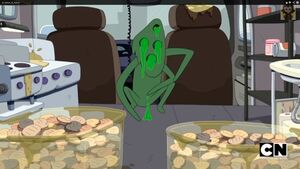 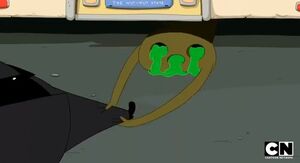 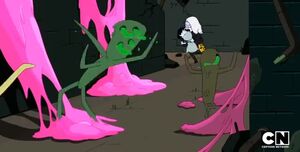 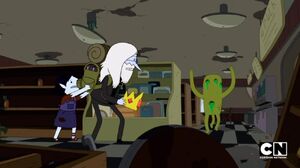 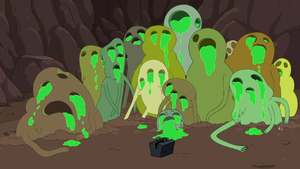 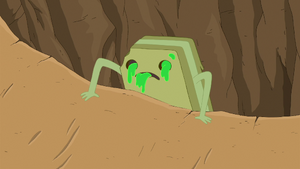 James as one of them.
Add a photo to this gallery

Retrieved from "https://villains.fandom.com/wiki/Mutants?oldid=3815326"
Community content is available under CC-BY-SA unless otherwise noted.