The Land Before Time III: The Time of the Great Giving

Help Hyp prevent Littlefoot and his friends from growing up by planning on killing them (formerly; failed).

Redeemed Abusers
Mutt and Nod are the supporting antagonists-turned-anti-heroes of The Land Before Time III: The Time of the Great Giving. They are Hyp's friends and henchmen.

They, along with Hyp also returned in the last episode of the Land Before Time TV show, The Great Egg Adventure.

Mutt is voiced by Jeff Bennett, who also voiced Ozzy and Ichy in the previous entry in the series, The Land Before Time II: The Great Valley Adventure, and Nod is voiced by Scott Menville.

At first, Mutt and Nod were bullies as they, along with Hyp, like to bully younger children, especially Littlefoot and his friends. However, they later reform at the end of the third film, as well as the TV show episode, The Great Egg Adventure.

Mutt and Nod, alongside Hyp, are also occasionally shown to be cowardly when all three of them get scared of things such as sharpteeth and nearly getting hurt or killed.

Mutt is also dimwitted and gets slapped around a lot.

Mutt was also shown to cry because he thought that he was in trouble.

Mutt is a dull olive Muttaburrasaurus with a light belly, he also has dark brown eyes.

Nod is a grayish-green Nodosaurus with teal blue eyes. 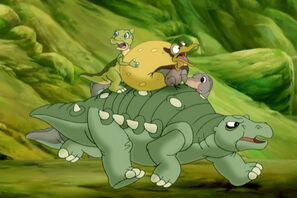 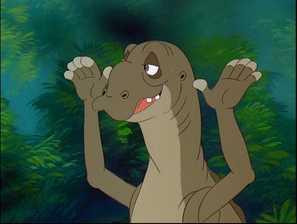 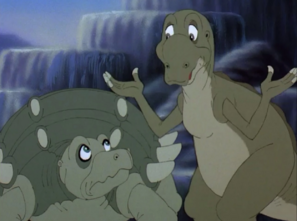 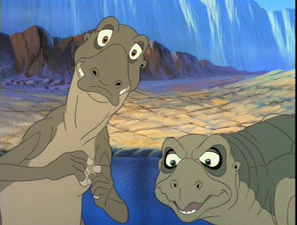 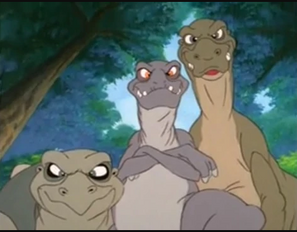 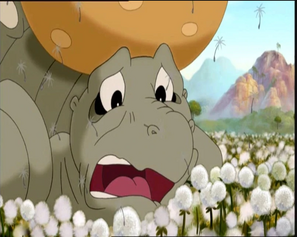 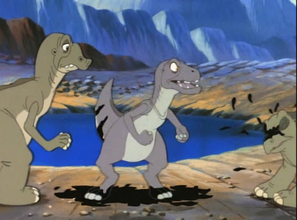 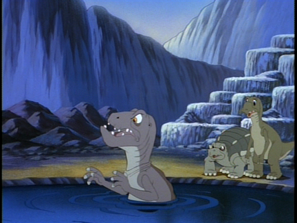 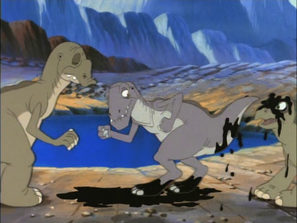 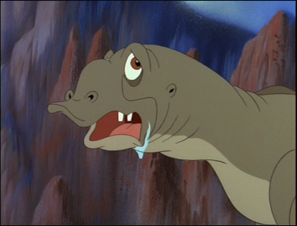 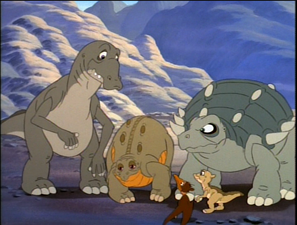 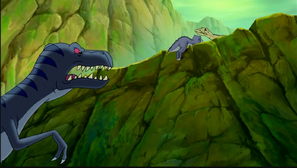 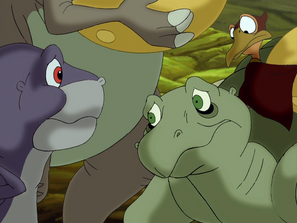 Retrieved from "https://villains.fandom.com/wiki/Mutt_and_Nod?oldid=4185905"
Community content is available under CC-BY-SA unless otherwise noted.