NOTE: This article is about the incarnation of Muttley from the film Scoob!. The mainstream version can be found here: Muttley.

Assisting and annoying his master.

Steal Alexander the Great's treasure from the underworld (failed).

Muttley is the secondary antagonist of the 2020 Warner Bros. animated feature film Scoob!, the first installment of the Hanna-Barbera Cinematic Universe. He is the pet and henchman/sidekick of Dick Dastardly who was trapped in the Underworld thanks to a scheme of his master's gone wrong before ultimately being reunited with him and resuming his usual villainous activities.

He was voiced by Billy West who also voiced his mainstream counterpart as of 2017. Additionally his laugh was performed via archived audio from the late Don Messick.

Muttley is a mischievous and surly creature who finds the pain of others including his master amusing. He is also quite stingy and loves collecting treasure a passion shared with his master. In spite of enjoying to torment him, Muttley genuinely does love Dastardly and is overjoyed upon being rescued by him.

Muttley is a short plumpy dog with a prominent under bite and sharp fang like teeth. He has hazel eyes and a very large nose which always appears wet and has bushy tan fur. His ears, brows and tail however are a much darker shade of brown. He also wears a red collar.

Muttley was the sidekick to the infamous Dick Dastardly and was often used as a guinea pig by the latter, the two often would embark on schemes for wealth and fortune and were considered a good team in spite of their bickering. One of Dick's schemes involved him building a portal to the Underworld in order to obtain the treasure of Alexander the Great. The machine was ultimately a success much to the delight of the two, Dick, however, sent Muttley through the portal to collect the treasure much to the latter's annoyance. When he returned, Muttley had several handfuls of treasure however he found himself unable to exist the portal, much to shock and confusion of Dastardly. Just as the two had realized what was happening, Cerberus appeared and pulled a terrified Muttley away with him, all the while Dastardly screamed his sidekick's name in sheer horror as the portal began to fall apart around him.

While Muttley spends a large portion of the film's runtime in the Underworld, he is alluded to by Dastardly numerous times, firstly from when he berates his new robotic henchmen for their inferiority to his old sidekick and mournfully looks at a photograph of Muttley.

Dick Dastardly soon later reopened the gates of the Underworld with the three skulls reviving Cerberus, and went inside to search for Muttley; he soon found him unconscious and started apologizing in a lamentful way, only to hear his snickering and realize that Muttley's alive. However, Muttley's snickering caused Dastardly to bump his companion on the head, leading the two to have a brief bickering. In spite of it, they rejoiced at seeing each other, and grabbed as much treasure as they can carry before running away from the Underworld.

At some point during the end credits, Muttley managed to get himself out of prison before using the Mean Machine to help Dick Dastardly escape his imprisonment. 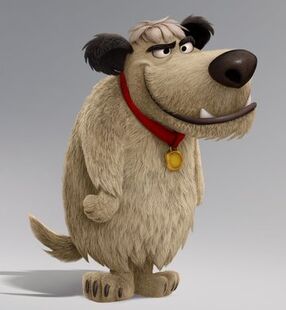 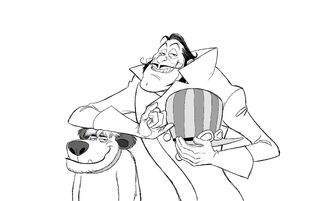 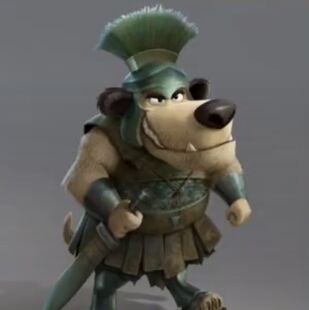 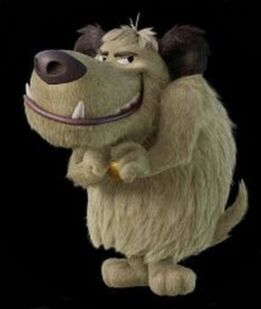 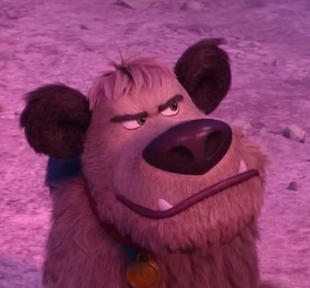 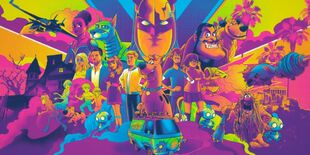 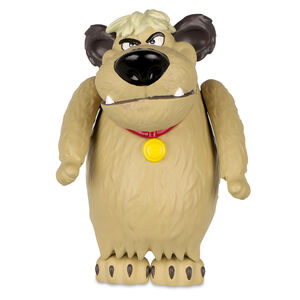 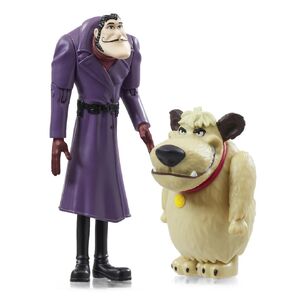 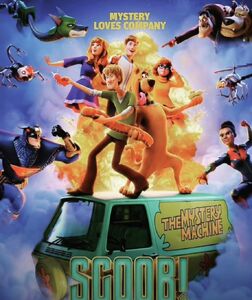 Retrieved from "https://villains.fandom.com/wiki/Muttley_(Scoob!)?oldid=3879684"
Community content is available under CC-BY-SA unless otherwise noted.