Mxyzptlk is a villain who appeared in the Supergirl TV series and was based loosely on the character of Mister Mxyzptlk from DC comics, who often vexed Superman, however this incarnation of the Fifth-Dimensional Imp has some major alterations from the comic book or cartoon counterparts and as such can be considered a different entity.

Mxyzptlk  is a godlike entity from the Fifth Dimension who arrived on Earth with the intention of wooing Supergirl, who he had grown to have a romantic interest in, yet his attempts to court her led to disaster as he couldn't grasp the simple concepts of love and decided to force Supergirl into a relationship against her will, going as far as threatening to destroy the entire world if she refused to be with him.

Mxyzptlk can theoretically take any form he desires, not even limited to humanoid shape, however he tends to interact with the world as a human male dressed in contemporary clothing - other forms he took included a stereotypical "gentleman" and a parody of Superman (with an "M" instead of the icon "S" symbol).

Mxyzptlk is a fully omnipotent entity, just like in the comic books, thus can perform any and all feats as long as they don't conflict with free-will, that means while he can reshape reality on any scale he pleases he can not simply force someone to love him or rewrite someone's mind : this limitation is one of the key reasons Mxyzptlk became so antagonistic as despite being a living god he could not make Supergirl fall in love with him, nor could he understand the concept that love must be given freely and not forced upon another entity.

just like in the comic books and cartoons Mxyzptlk has one weakness, being that if he is tricked into spelling out his name backwards he will be banished from the mainstream universe and forced to stay for an undetermined amount of time in the Fifth Dimension. 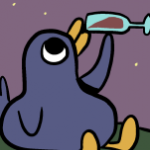