Goddess of desire and destruction

Member of the Endless

Enjoying the suffering of mortals.

Being worshipped.
Ruling the world.

Rule all and "protect" all of the world's creatures from potential "dangers" of both technology and the Brood.

Myria is a powerful god-like enity, who is the recurring main antagonist in the Breath of Fire video game series, and she is both the cause of the main conflicts in the first three games and the final boss in the first and third. In some English translations, she is also known as Tyr or Maria, and she is alternatively referred to as both the Goddess of Desire and the Goddess of Destruction. Myria is also part of a race of immortal people with supernatural magic called the Endless.

In this incarnation, Myria serves as the supreme and predominant goddess who rules over all of the planet. She professes a desire to save humanity from the dangers of machines and dragons (named the Brood). However, she goes on a merciless crusade against dragons. The dragons lived peacefully at this time and so they did their best to avoid fighting. Myria's sister is a goddess named Deis who opposed Myria alongside the sacred Yggdrasil, but both lost their powers and were made incapable of standing before the ruling goddess.

The brood went extinct under Myria's siege. Even worse, a history was written that placed the dragons as the vicious enemies of the human race while Deis was written off as a murderous and traitorous witch. Even worse, machines became widespread despite Myria's proclaimed opposition to them. Stating that the humans would not be able to live without machines, Myria masters the machines and insists that humans would end up destroying themselves with advancing technology under their control. Her sole root of this belief is from one city's civil war amongst those who once wielded robots and the desert that created. Following this logic, Myria destroyed the Brood to remove the inherent danger of their great power's existence in perceiving a loss of their control as overwhelmingly threatening to the small remainder of life.

Myria appears to be a representation of cautious bureaucracy that forces people to be restricted from experiences that require effort and strength to survive through. She created a world full of dangers that kept people in their place rather than directly harming them and she values the preservation of life above everything.

Myria above a sleeping Ryu. 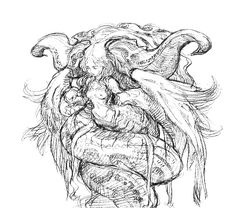 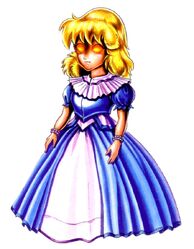 Myria in her human form as Maria. 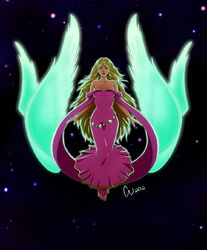 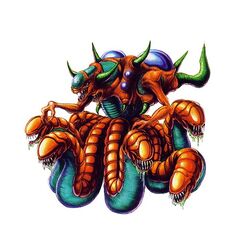 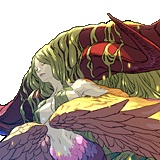 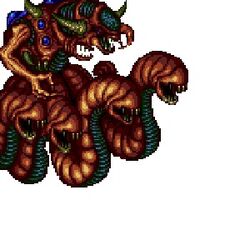