Mysterio is one of Spider-Man's most recurring and dangerous villains, yet in the alternate-reality of Old Man Logan, Mysterio would prove to become Wolverine's most devastating opponent and the main reason Wolverine would give up his decades-long fight against oppression and fear, at least until Hulk decided to force Wolverine to fight as he had grown "bored" of peace.

Mysterio in this reality tricked Wolverine into murdering the entire X-Men in a horrific act of villainy that completely broke Wolverine in a manner no other atrocity had done before. Mysterio's act sent Wolverine into a suicidal depression, yet since he could not die the mutant instead allowed himself to be hit by a train and swore to never again use his claws or harm another living being. Afterwards, Mysterio is later killed by Red Skull so he wouldn't be able to use this trick on the villains. 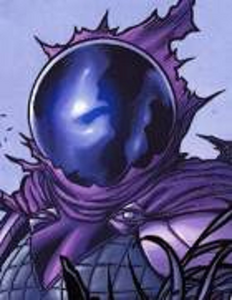 The Master of Illusions. 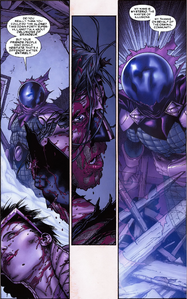 Mysterio revealing himself to Logan.