Member of the Sinister Six

Steal the guests' belongings at the ocean liner party.
Steal technology from Tri-Corp and OsCorp (all failed).

Quentin Beck, also known as Mysterio, is one of the supporting antagonists of the animated TV series The Spectacular Spider-Man.

He was a film special effects expert. He eventually became a supervillain under the name Mysterio where he joined the Sinister Six.

He was voiced by Xander Berkeley who also voiced General Immortus in Teen Titans and portrayed Gregory in AMC's The Walking Dead.

Quentin Beck was a film special effects expert and stuntman who eventually became one of the Chameleon's henchmen alongside Phineas Mason.

After Chameleon impersonates Spider-Man, using Beck's special effects tech, and goes on a crime spree, the group are taken down by the real Spider-Man and the Black Cat. Quentin takes on the Mysterio identity in the season two episode "Blueprints".

He steals tech from Tricorp and Oscorp, portraying a sorcerer that is here to "save" mankind from technology. He bests Spider-Man twice, but Spidey discovers his lair and defeats him after realizing that he does not use magic, but technology and illusions. The tech itself is not a threat, while the illusions cannot fool his spider-sense. Mysterio is seemingly taken to jail, but in the end, it is revealed it was actually a robot made in Beck's image. When asked why he did this by Tinkerer, he stated that he did not want anyone else taking the credit for his performance as Mysterio. The real Mysterio is also revealed to be working with the Tinkerer for the enigmatic Master Planner.

He returns in the episode "Reinforcements" as part of the new Sinister Six. He attacks Spider-Man alongside Kraven the Hunter in a mall. He does not really fight, but helps Kraven the Hunter with robot duplicates of himself. When Kraven is defeated by one of the exploding robots, Mysterio tries to escape but is stopped by Spidey's web fluid which made sure that Mysterio was not a robot this time. After unmasking him, Spider-Man questions Quentin Beck about who the Master Planner is. He is arrested by the police, while the other villains were extracted by the Tinkerer.

In the episode "Identity Crisis", reporter Ned Lee is interviewing Beck when Peter Parker was rumored to be Spider-Man. Beck states that he hopes that Parker is Spider-Man and that a lot of people in the prison would know what to do with that info. In the episode "Opening Night", however, it is revealed that the Quentin that was imprisoned in the Vault was actually a robot that can switch between Quentin and Mysterio (since Montana (Shocker) knew how to do this which implies that the two were in an alliance). The robotic Mysterio aides the other villains in the Vault in fighting Spider-Man, but is accidentally destroyed by Molten Man. The real Quentin's whereabouts remain unrevealed. 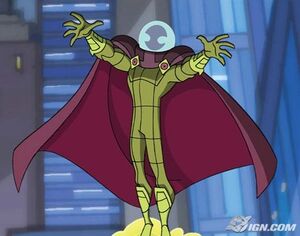 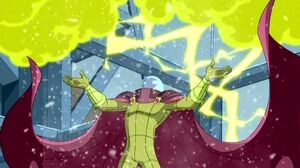 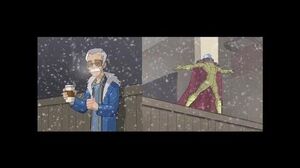 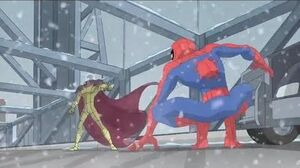 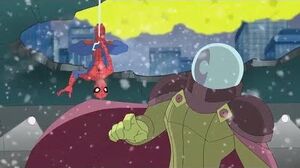 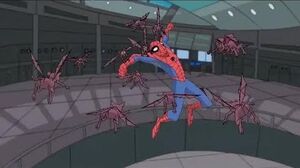 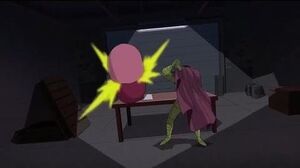 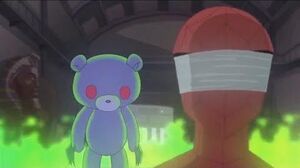 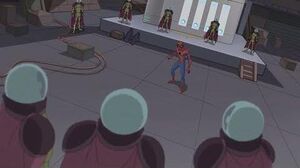