The Mysterious Stranger is a spirit of pure darkness from the Darkness realm that comes to the world of Lore to rid it of the "pollution" of light. He is also the main antagonist of DragonFable Book 1.

In the MechQuest universe he appears as a vendor of Mechas, was said in a deleted line of text that he came from another dimension.

The Stranger arrive at an unknown date to Lore and has begun setting up his master plan of purging of Light from this world.

Sometimes after Alteon's rebellion , the Stranger offered a heart-broken Sepulchure the DoomKnight armor along with the Necrotic Blade of Doom so that he could gain more power. While Sepulchure did receive the power he's been craving for so long, his mind and body was poisoned by the armor until he becomes a puppet for the Stranger.

After hearing about the Hero arrival in Falconreach , the Stranger comes to the town so that he could aid them in order to further his plan.

There , he sold and upgraded Dooms weapon to adventurers unaware of their power in exchange for an outrageous amount of gold and soon became the town residence mysterious merchant.

The Stranger appeared after the Hero and Sepulchure defeated Drakath the Darkness Dragon and informed the two of his intention to destroy Lore before bound himself with Drakath and become the Super Mega Ultra Darkness Dracolich.

The Stranger then issued a call to all the creatures of darkness hiding around Lore to join him and grow his strength. They answered, and his mass began big enough that his shadow enveloped the continent and he was able to eat the sun.

Despite the overwhelming odds, one town remained free of his taint, Falconreach, the very town in which he used to reside.

His - almost - victory is short lived as The Hero and their dragon arrived with the Ultimate Bacon Orb and challenged him into a battle that will decided the fate of Lore.

Ultimately, the orb was shattered and the sun destroyed the Super Mega Ultra Darkness Dracolich from within. While the damages done to Lore will be repaired in time, the Mysterious Stranger was presumably gone for good, although this is not known for certain.

The Mysterious Stranger gets killed and replaced by Erebus's power over light.

The Mysterious Stranger appears during the 13th Friday the 13th event. It is revealed that, when the Queen of All Monsters was set free from her prison by Drakath, the seals protecting Lore from the Stranger disappeared, allowing him to re-enter Lore once more.

The Stranger then issued a call for the shadows to start moving, creating a massive series of shadow monsters that started appearing all over Battleon. With help from Voltaire and Deady, the heroes were able to gather the fragments of the Cursed Mirror of Enutrof, which would be able to help them dispel the shadow creatures attacking Lore.

Curious as to how much longer the heroes would be able to keep up the fight against the shadows and how they would deal with his creations at the time, the Stranger created the 13 Lords of Doom, consisting of dark replicas of some of the most infamous villains and shadow characters from throughout Artix Entertainment history: Vayle, Sally, Noxus, Zorbak, Maximillian Lionfang, Grimskull, Safiria, Xan, Drakonnan, Baron Valtrith, Vaal, and Sepulchure, and and sent them to attack the heroes. After the first twelve Doom Lords were defeated, Voltaire suspected that the Stranger was behind it all, and he was proven correct when the Stranger revealed himself. He complimented the progress of the heroes before summoning the thirteenth and final Doom Lord, Vordred, to attack them out of curiosity as to how they would handle what he called his greatest creation. As the heroes defeated Vordred and used the Cursed Mirror of Enutrof to dispel the remaining living shadows, the Stranger escaped, commenting that his puppets as he called them danced better than expected. He then said that it doesn't matter anyway since he finally found what he was looking for after all. 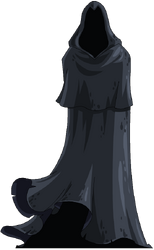 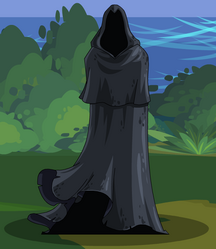