Give the rest of the world access to vibranium weapons.

Prevent himself from being apprehended (both failed).
End oppression for people of African descent (succeeded).

N'Jobu is the posthumous overarching antagonist of the 2018 Marvel film Black Panther.

He is a former Prince of Wakanda who planned on selling vibrainium on the black market to ignite a global revolution along with his associate Ulysses Klaue. He is also the father of Erik Killmonger.

He was portrayed by Sterling K. Brown, who also played Will Traeger in The Predator.

However, N'Jobu grew disillusioned towards T'Chaka's isolationist policies, as he believes that they were doing more harm than good, as he is even more upset to learn that Erik's mother has been sent to prison for an unknown crime that she didn't commit. Deciding that the only course of action was to initiate a global revolution, N'Jobu decided to betray his brother by revealing his country's existence to black-market arms dealer Ulysses Klaue and helping him infiltrate Wakanda in order to steal some vibranium, hoping to use some of it to free Erik's mother from prison so that they can start a new life afresh with Erik.

Although he did not live long to see it, N'Jobu's dream of ending oppression for people of African descent came true via his nephew, T'Challa, who ended Wakanda's isolation from the rest of the world.

Unlike most Wakandans, N'Jobu was not a traditionalist at heart, which led him to question his home nation's isolationist policies. Despite being a rogue and an extremist by nature, N'Jobu was also a compassionate individual who had a heart of gold, witnessing people of African descent being oppressed, whom he sees as his people, with this leading him to betray Wakanda (albeit reluctantly) seeing as how he not only betray his nation to fund a war against the world at large, feeling that to be the only way to liberate people of African descent, but he was also willing to eventually subdue all countries and rule as a benevolent dictator. 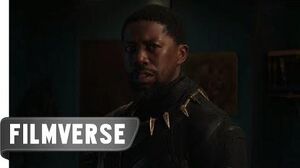 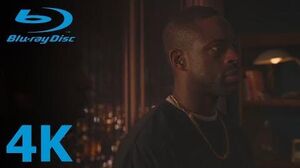 Black Panther - The Fate of N'Jobu