Get revenge against Crash Bandicoot, his friends and foes (Crash Nitro Kart; failed).

N. Trance is an antagonist of the Crash Bandicoot video game series. As his name suggests, he has the ability to brainwash others, with his claw hand which ends in a clock. N. Trance is a very large pink egg-shaped outer dimensional being from the 5th dimension. His name is a play on the verb "entrance", which means "to put into a trance".

He is voiced by Tom Bourdon in Crash Nitro Kart, and Michael Gough in Crash Team Racing: Nitro-Fueled.

N. Trance made his debut in Crash Bandicoot 2: N-Tranced when Uka Uka called upon the services of Dr. Nefarious Tropy. Nefarious Tropy then recommended the services of N. Trance, who happened to be an old friend of his. He got N. Trance to kidnap and brainwash Coco and Crunch Bandicoot to help Uka Uka, but as Fake Crash was accidentally kidnapped and brainwashed instead of the real Crash, the plan was a failure from the start. Crash was able to get inside N. Tropy's base and defeat N. Trance, with Fake Crash's help. The player will need all 21 crystals to be able to face him. N. Trance appears in the game as the fourth boss.

N. Trance later returned in Crash Nitro Kart where he races for Emperor Velo XXVII. He was the leader of his own racing team, that drove egg shaped karts. N. Trance's racing team consisted of him and his brainwashed sidekicks, Dingodile (a henchmen of Dr. Neo Cortex), Polar (Crash's pet polar bear cub), and Pura (Coco's pet tiger cub). All of the brainwashed members of N. Trance's team wear small helmets with antennas on top, which are presumed to be N. Trance's way of brainwashing them. As the result, his victims are crazier and more psychotic than they were before they were brainwashed, much like N. Trance himself. In this game, N. Trance doesn't have the claw hand that wields his ability to brainwash others. Instead he has two regular hands.

N. Trance was originally intended to appear in Crash Twinsanity as one of the many villains seeking treasure from Crash and Cortex. Although he was ultimately cut from the game, concept art of him can be viewed in the Extras Menu by collecting Gems. N. Trance was involved in a cutscene which would have had Evil Crash crack open a part of his head and eat from it with a spoon. However, the scene was considered too grizzly to be included within the game and was scrapped.

N. Trance appears as one of the game's playable characters despite not being in the original CTR. Like other racers that appeared in Crash Nitro Kart, he can be unlocked by purchasing him at a Pit Stop using Wumpa Coins. He is a Acceleration class driver.

In addition to his ability to brainwash others, N. Trance also appears to have psychic abilities which can enable him to produce energy beams from his eyes, which he uses to confuse and attack his enemies, and can allow him flight should his mechanical limbs fall apart. In Crash Nitro Kart, N. Trance apparently drives his vehicle using his mind; something which other members of Team Trance can only do with special helmets. One of N. Trance's mechanical limbs possesses a claw that he can launch at his opponents and retract should he miss.

N. Trance is a crazy and psychotic hypnotist. However, he has proven to be quite skilled and fairly intelligent. He likes to make jokes that refer to eggs, which is evident in Crash Nitro Kart. N. Trance can also be hot-headed and rather stubborn at times. He is not afraid to berate his allies and point out their faults if they have done something wrong or their plans go awry. It is shown that N. Trance is not above betraying even his allies as a means to seek revenge. This is evident when N. Trance worked for N. Tropy and Uka Uka in Crash Bandicoot 2: N-Tranced and later worked against them in Crash Nitro Kart. In Crash Team Racing Nitro-Fueled, he is shown to have a sense of humor, often making egg-related puns when winning or losing a race. 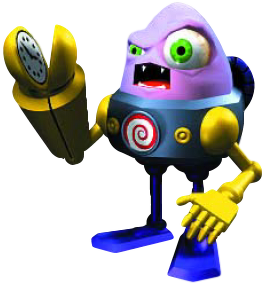 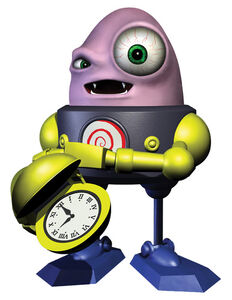 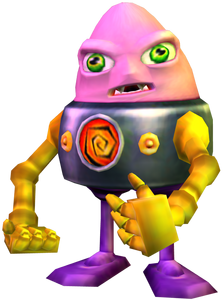 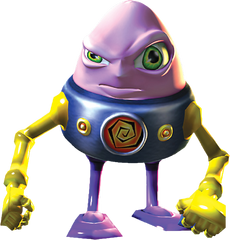 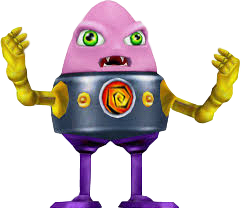 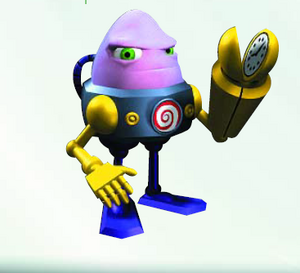 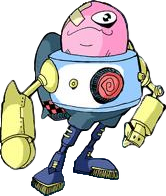 N.Trance as he was meant to appear in Crash Twinsanity. 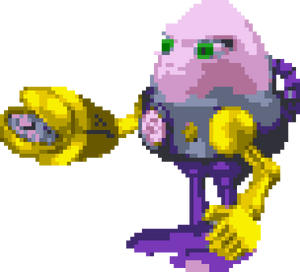 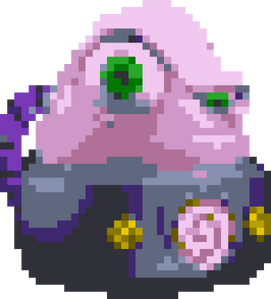 N. Trance during his second phase. 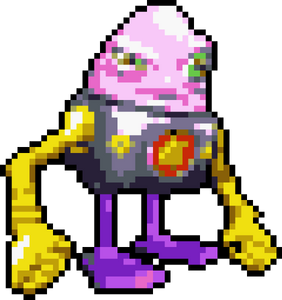 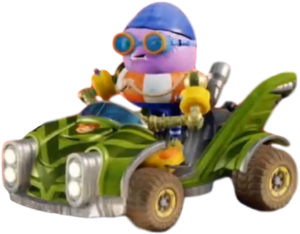 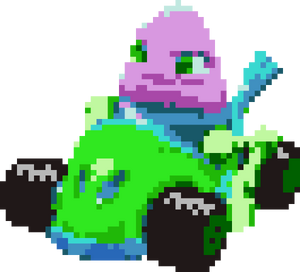 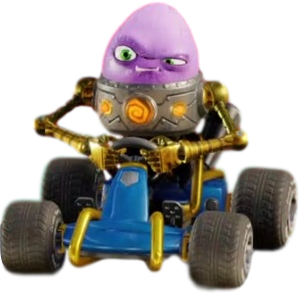 Retrieved from "https://villains.fandom.com/wiki/N._Trance?oldid=4075567"
Community content is available under CC-BY-SA unless otherwise noted.