Draining the energy from anything technological

Turn every living thing into Wirewolves so he could have a never ending food supply.
Conquer the universe (all failed).

NOS-4-A2 is a major antagonist in the Disney cartoon series Buzz Lightyear of Star Command.

He was a robotic energy vampire created by Emperor Zurg as a way to defeat his nemesis Buzz Lightyear. He is also the archenemy of the Space Ranger robot XR.

He was voiced by Craig Ferguson, who also played Confidence in Red Dwarf, Samuel T. Philander in The Legend of Tarzan and the Henchperson of Indeterminate Gender in the film adaptation of A Series Of Unfortunate Events.

NOS-4-A2 first appeared in the episode "NOS-4-A2", where he was mistaken for a cargo ship by Team Lightyear and brought over to Star Command, as part of Zurg's plan to take down Star Command. There, NOS-4-A2 emerged and attempted to take over Star Command, but XR manages to drain the vampire's energy, allowing Star Command to take Nos-4-A2 into custody.

In the episode "Wirewolf", NOS-4-A2 crosses path with Space Ranger Ty Parsec and bites him, turning Ty into Wirewolf. He expresses distaste at drinking blood, before fleeing from the pursuing rangers. He is later seen taking pieces of the destroyed green moon and leaving the area.

In "Dirty Work", NOS-4-A2 invades a diner that is the home of a state-of-the-art liquid metal cooking system and takes control of the system with his bite, trying to kill the diner owners in the process and using the diner as a robotic flytrap to lure in unsuspecting ships so NOS-4-A2 can drain the ships of power and kill the passengers. Our heroes confront NOS-4-A2 as he tries to drive the diner straight into Star Command and spread his liquid metal taint, and they manage to drive him off.

In "The Slayer", He terrorizes the robot population of Tradeworld. He stalks robots in dark alleys and preys upon them. NOS-4-A2 kills the adoptive robot parents of Savy among several other robots and plans on getting revenge on XR for foiling his plot, though this too failed as well.

In "Revenge of the Monsters", he recruited XL on his new plot to take over the universe by turning everyone into Wirewolves. To that end, NOS-4-A2 betrays Zurg by usurping control of Planet Z and turning all of Zurg's army of Hornets into Vampire Hornets. He then kidnaps Wirewolf as a means to use him to turn everyone in the galaxy into Wirewolves for himself to feast on, using Ty to power a weapon that drained him of his energy in a painful process. When XL realized he would also be consumed, he defected and helped Buzz and XR. He was defeated when Buzz Lightyear managed to destroy the device holding the Wirewolf, badly injuring NOS-4-A2 in the process. As he made one, last spiteful attempt to kill Buzz, the Wirewolf turned against him both because of the mistreatment and Ty's friendship with Buzz, where he was impaled and exploded, screaming.

NOS-4-A2 is eloquent, sophisticated, and charismatic at all times. However, this is merely a weak facade that does not hide his true nature as a vicious, sinister predator. He is also cunning and manipulative, devising a scheme to turn all organic life into machines he could feast on.

NOS-4-A2 displays chilling sadism in his attacks upon others, taking obvious delight in inflicting harm. Though he acknowledges Zurg as his father, this doesn't prevent him from nearly killing the latter.

NOS-4-A2 holds a permanent grudge against XR for his "betrayal" of him during his attempt to take over Star Command. Whenever he is given the chance, NOS-4-A2 will try and take his revenge on XR, making it very clear he intends to brutally torture the robot in one such instance. 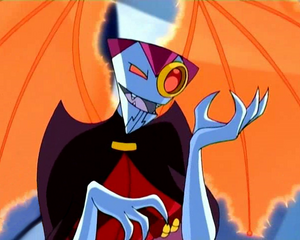 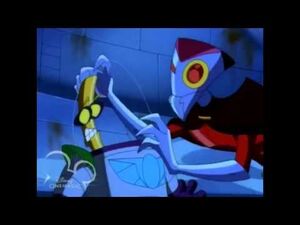