Nadia is the villain from the episode "Evil Gymnasts", from the Canadian series Totally Spies. She is a Romanian gymnast who cheated to win the gymnastics contest by giving her teammates monkey-influenced gymnastic powers with her technology because she wants herself and her country to be noticed, no matter what needs to be done.

She was voiced by Bonnie Hunt.

She is a human woman with purple eyes, tanned skin and maroon hair in a ponytail. She usually wears a blue and gold gymnastics coach outfit with the Romanian flag on it.

Nadia is shown to be selfish, uncaring and rude. She takes joy in cheating to win, no matter how she has to do it. She does not tolerate failure. 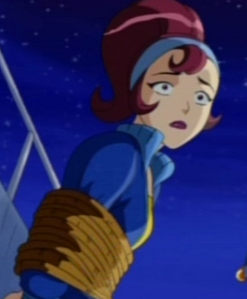 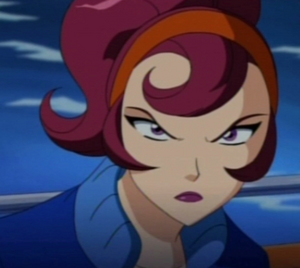 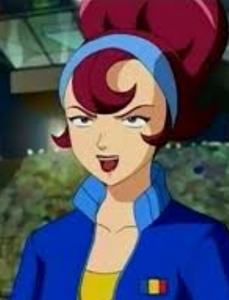 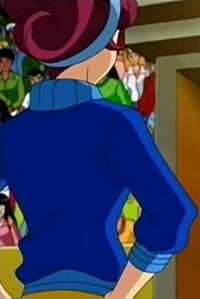 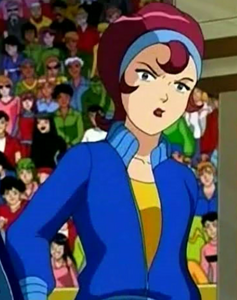 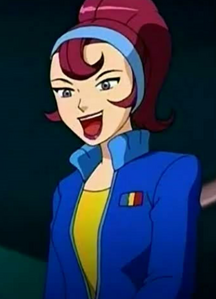 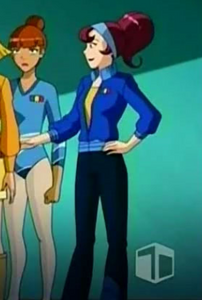 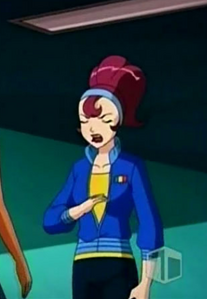 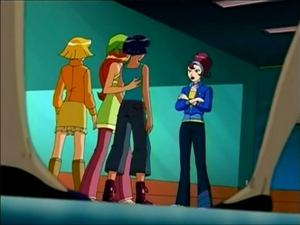 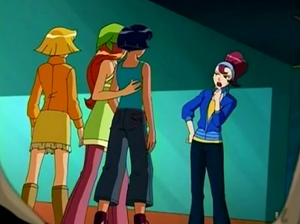 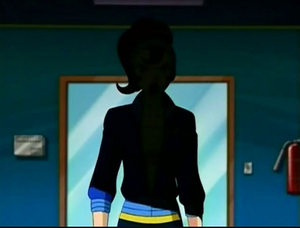 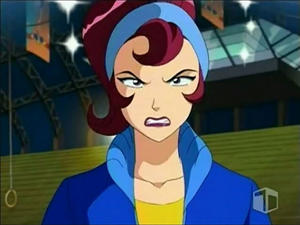 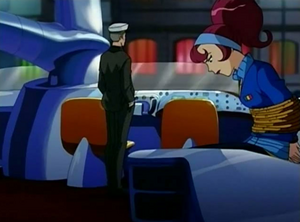 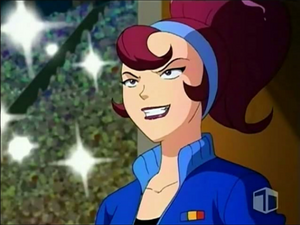 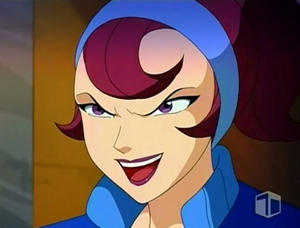 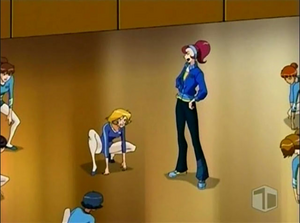 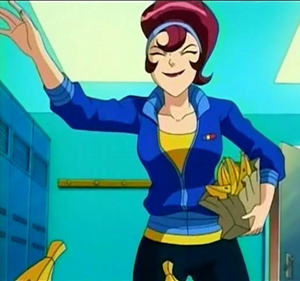 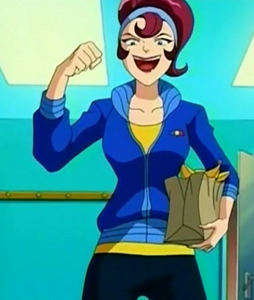 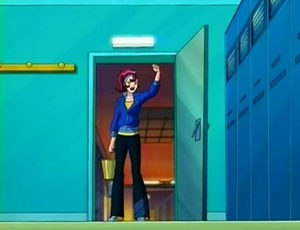 Add a photo to this gallery
Retrieved from "https://villains.fandom.com/wiki/Nadia_(Totally_Spies)?oldid=3635464"
Community content is available under CC-BY-SA unless otherwise noted.