Assist Grand Karcist Ion in "saving" humanity from an existence of "suffering and tears".

Prevent Yaldabaoth from getting free and destroy humanity.

Nadox is one of the four Klavigar of Sarkicism, the most holy saints of the faith, being only outranked by the Grand Karcist himself. Nadox is usually associated with intelligence, wisdom, perception, and mysteries.

Nadox was once a sage living in the most southern regions of the Daeva-empire. He was known to preach about a philosophy of peace and equality, which made him popular among the impoverished and powerless, but despised by Daeva-elite, who planned to punish him.

He was captured and publicly tortured, and stoned by hundreds of the same impoverished he had tried to help, before a Daeva priestess cut off his tongue, sewed his mouth shut and had him castrated. Instead of killing him, he was "marked", by having a symbol carved in his forehead designating him as a "Sufferer". This designation meant that people had to always torment him, but never kill, in order to prolong his shame and suffering.

With this Nadox became a pariah, who wandered the lands, but who was always denied refuge and save passage, and always attacked by the very same people he wanted to help. One night he suffered a fever dream, in which he saw a messianic entity, who will be the savior of him and humanity as a whole from an existence of "suffering and tears". This entity would be Grand Karcist Ion, and Nadox started to travel north in order to find him.

Eventually he joined the Grand Karcist's cause and become the first of his four entrusted followers, the Klavigar, being blessed with supernatural abilities and seen as a saint for generations to come.

Out of the four Klavigar he is presumably the most "human", as he embodies a philosophy equality, justice and wisdom. He is seemingly one of the most tolerant of the group, as he eventually formed some sort of friendship with Derdekeas, a Mekhanite during one of his travels. Despite this he is still considered a dangerous being in the anomalous world, mostly because of his loyalty to the Grand Karcist, who's cause is dangerous to the current world order. 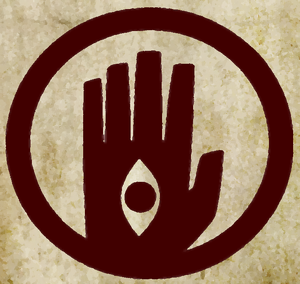 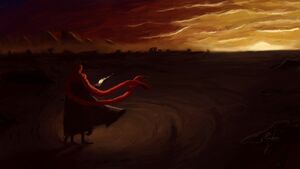 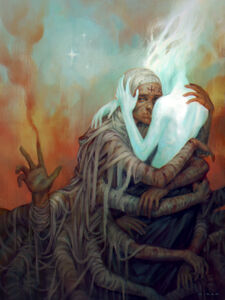 A Man and his Messiah 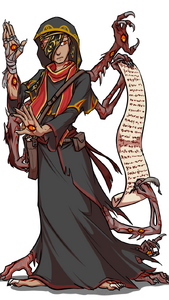 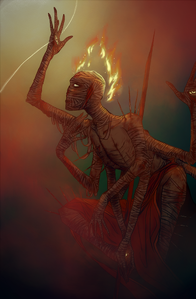 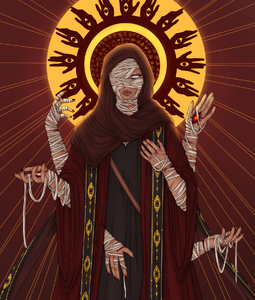