Make the Dragon Race rule over other species (formerly).

Destroy Astoria and the Dragon Race.

Nadraga is the main antagonist of​​​​​ the third version of Dragon Quest X​​​​​.

Nadraga believes that the strong shall rule over the weak, so he wanted to make the Dragon Race to rule over other species he considered to be weaker. This eventually made his siblings seal him away, which made Nadraga wanted to have his revenge by destroying Astoria. In the end when Nadraga find out that even the Dragon Race refused to follow him, he decided to end the Dragon Race too.

Before the events of Dragon Quest X take place, there were six gods that created six different species, namely Human, Ogre, Wetling, Elf, Dwarf, Poppet, and finally, Dragon. Nadraga is the one that created Dragon, and believes that the Dragons shall rule over other species since he thinks the Dragons are the strongest. His siblings disagreed, and Nadraga eventually decided to team up with the Great Source Of Darkness and engaged war against his own siblings, which costed a lot of lives. Eventually, Nadraga's siblings used the Sword Of Mini-Guilt to destroy Nadraga, sealing him away together with the Dragons in the process.

However, unbeknowest to his siblings, Nadraga separated a part of his body and give it will before getting killed in order to be resurrected in the future. And that part of the body is none other than Patriarch Orstov.

Throughout many years, Orstov keep looking for a host to resurrect Nadraga, eventually, Orstov finds out that Estella, the female dragon he raised is the host, and successfully resurrected Nadraga while fusing with him.

After his resurrection, Nadraga created a hole in the dimension of Nagaland, the world where dragons lived in order to fly into Astoria to destroy it as his revenge. However, Rebjørn summoned Bjørn the Behemoose to fight Nadraga. Nadraga has the upper hand and seemingly defeated Bjørn. Crow, one of the heroes' allies, tells them that the only way to stop Nadraga is enter the Dragon God's body and destroy his heart. The heroes then entered the body of Nadraga and confronted the real Nadraga, who fought them. Nadraga is defeated and used the power of the Source Of Great Darkness to transform himself into a massive dragonic being while telling Estella he is doing this for the Dragons, after Estella pointed out Nadraga's way is wrong. Nadraga attacks them and is once again defeated. After his defeat, Nadraga decided to destroy the Dragons as well. But his siblings summon the Sword Of Mini-Guilt, which the heroes used to slice Nadraga. Although the Dragon God tried to resist, Nadraga is still sliced in half, killing the evil deity once and for all. 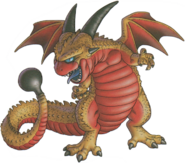 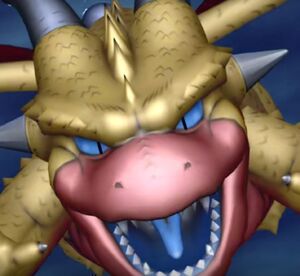 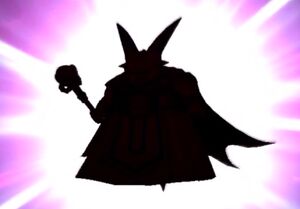 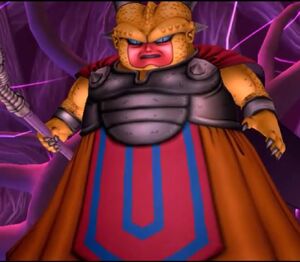 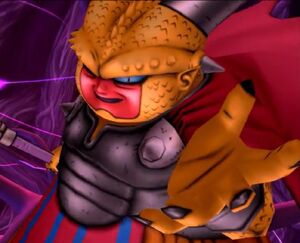 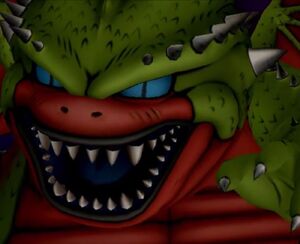 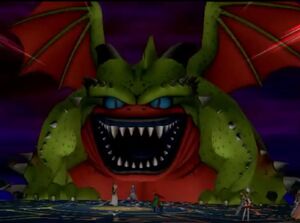 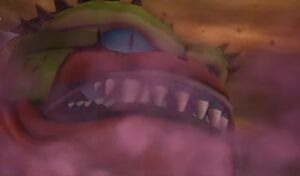 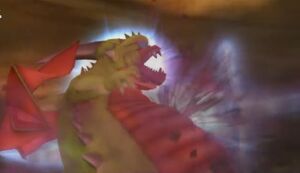 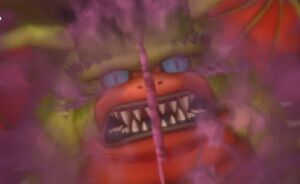 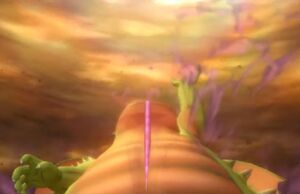 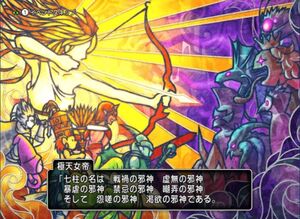 Nadraga fighting alongside his siblings against the Evil Gods of Jagonuba, before succumbing to his desire of having the Dragon Race rule over all the others. 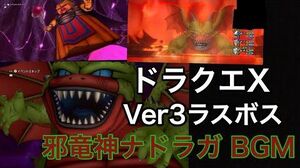