The Queen of the Art Room

Use of pallete knives and other tools
Drugs

Drugging and sketching the boys she tortures.

Continuing her practices in secrecy.

Nafumi Shintani is an art room teacher who is the main antagonist of "Renoir of the Art Room," the eleventh chapter in the Higanbana No Saku Yoru Ni, or On the Night the Red Spider Lily Blooms series.

A week after the death of her former student, Yuuki Noda, Nafumi gets met by a young boy whom she intended to use to finish the sketch that she started with the late Yuuki. She gives the boy drug-laced tea, and as she was getting ready to torture him, she was interrupted by a young girl who offered to be a replacement model for the boy that she drugged. While she was modeling her, she started to realize that the girl was the notorious "Renoir of the Art Room," a youkai who was said to dwell in the art room. If one were to encounter Renoir in the Art Room, they would have to answer each of its questions correctly, lest they would be dragged into a painting.

She answers each question correctly, but she started to hesitate when questions pertaining to Yuuki started to arise. It is revealed that Yuuki willingly allowed Nafumi to abuse him if it meant that his feelings for her were reciprocated, but he eventually tried to run away from her. As he was about to run out of the classroom, Nafumi grabbed him by the arm, and she pushed him underneath one of the tables, thus causing the heavy bust to fall onto Yuuki's head. She then laughs, stating that Yuuki deserved what he got for refusing to serving her, which enrages the real Renoir.

Renoir explains to her that since it had been a long time since he was last active, he had lost a great sum of his power, causing Higanbana to fill in for him. Nafumi boasts because she believed that she was invincible, but Renoir points out that when she was modeling him earlier, she lied when he asked her about the circumstances surrounding Yuuki's death. Horrified, she tries to escape her classroom, but she is instead dragged into a painting known as "Ascending and Descending," in which she had to run up and down an endless staircase for all eternity. However, it could be inferred that she would eventually be thrown into another painting and get permanently killed at some point.

She later appeared during a dream sequence in the After School ending in which she was challenging Yoshihito Kanamori to a contest to see who was the more perverted teacher.

Nafumi was once a well-respected teacher who was loved by all her students, especially by her male students. In reality, she was a sadistic child molester who enjoyed corrupting young boys, deeming it as being beautiful. To this end, she lures male students into the art room, and she gives them drug-laced tea, after which she would then torture their unconscious bodies with cigarettes and palette knives. Nafumi always had that disturbing fascination with young boys, even when she was still in high school. The episode reveals that Yuuki Noda wasn't her only victim; she had several sketches of tortured boys in her desk, thus implying that she had been drugging and abusing boys for a long period of time. Nafumi also refers to herself as the "Queen of the Art Room," and she refers to her young male students as "worker bees" who provide her with their sweet honey.

In addition to this, she expresses no love or concern for anyone else. While she was saddened about Yuuki's accidental death, she was more depressed on the fact that she couldn't finish her latest sketch due to him being dead. She also displayed no remorse for indirectly causing Yuuki's death; she considers him a "stupid kid" who had outlived his usefulness when he died, stating that he deserved to die, because he refused to "serve" her. She was also concerned for herself as evidenced by her fearing that the truth about what she was doing to her young students would be exposed.

She was also boastful about her knowledge on artwork, and was noticeably overconfident in her abilities. 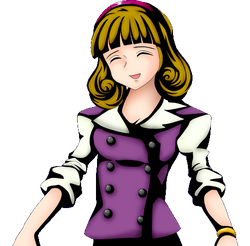 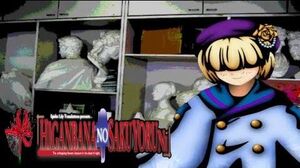 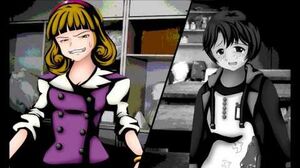 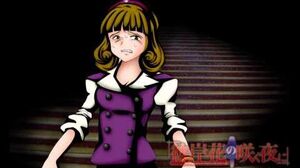 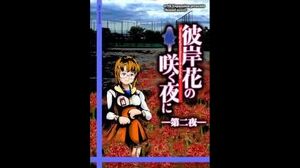 Retrieved from "https://villains.fandom.com/wiki/Nafumi_Shintani?oldid=3752112"
Community content is available under CC-BY-SA unless otherwise noted.