Mastery of the dark side of the Force

Defeat the Jedi and the Republic.

Conquer the galaxy (both failed).

Even though Sadow's efforts to try and conquer the Republic were successful at first, he encountered setbacks when he was betrayed by his apprentice and later encountered a revived Ludo Kressh, who had built up an army of his own. After his forces were decimated by Kressh and later, the Republic, Sadow was forced into exile on Yavin 4, where he built several temples and practiced alchemy for a number of years before willing putting himself in suspended animation.

600 years later, Sadow was awoken by the fallen Jedi Freedon Nadd. Sadow taught Nadd the ways of the Sith before being killed by him. 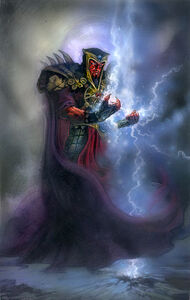 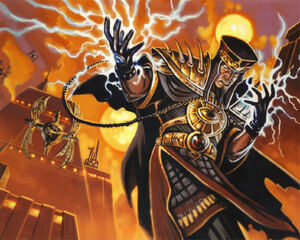