Member of the Sword of Rao

Overthrow the Kryptonian Government and destroy the Law Council.

Re-activate the Black Zero starch.
Find and locate the codex and Superman (all succeeded).
Assist General Zod in terraforming Earth into a new Krypton (failed).

Nam-Ek is a major antagonist in the 2013 film Man of Steel, the first installment of the DC Extended Universe. He's a Kryptonian War Criminal who participated in the Kryptonian Civil War. He's a former member of the Krpytonian Warrior Guild and is a member of the Sword of Rao and is a follower of General Zod.

Nam-Ek was born on Krypton where he was genetically engineered to be a soldier of the Kryptonian Warrior Guild. He eventually came across General Zod and joined the Sword of Rao, a group of radical revolutionary extremists.

Nam-Ek had participated in the Kryptonian Civil War, a military coup instigated by General Zod, and first appeared where Zod and his forced broke into the council hall and had declared the council to be disbanded. Eventually however, the loyalists had won and Nam-Ek was imprisoned in the Phantom Zone along with the rest of the Sword of Rao forces.

Following the destruction of Krypton, Nam-Ek and the rest of the Sword of Rao were freed and left onboard the Black Zero starship orbiting the ruins of the former planet of Krypton. He eventually assisted Zod in re-activating the ship and began their search for the codex and Kal-El, now known as Superman.

Eventually after some time, the codex was located on Earth along with Superman and so, General Zod orded the people of Earth to hand over Superman or suffer the consequences. Superman was handed over via turning himself in, but he eventually broke out of the ship which resulted in the Sword of Rao being deployed to Earth.

Realizing what happened and growing impatient, General Zod had ordered the Sword of Rao to be deployed to Earth in an attempt to locate the codex. Nam-Ek accompanied Zod and this eventually lead to a fight in Smallville where he and Faora-Ul, his superior, engaged Superman in a fight and eventually fought against forces of the United States Air Force. Eventually however, Faora's visor was damaged and so Nam-Ek and the Sword of Rao had retreated back to the Black Zero.

Realizing that the codex could be extracted from Superman without needing him alive, Zod devised a plan to kill Superman and had also ordered the use of the World Engine where he and the Sword of Rao would terraform Earth and turn it into a new Krypton. Nam-Ek was present in Metropolis during the battle. However, the Black Zero was soon sucked back into the Phantom Zone and Nam-Ek went in along with the rest of the Sword of Rao.

Genetically engineered into the Kryptonian Warrior Guild as a warrior, Nam-Ek was a fierce combatant, but due to him being the product of mixing Kryptonian genes with those of a Rondor beast, Nam-Ek, while being inhumanly huge and muscular, had limited intelligence and was unable to speak, while also, according to Faora, was genetically incapable of feeling empathy towards his enemies. 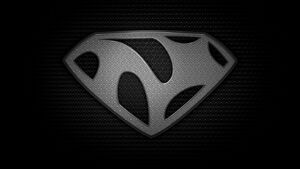 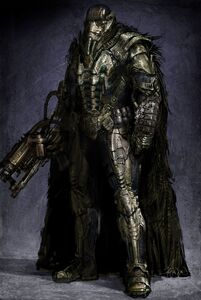 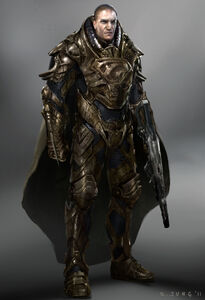