Gain magic for her own betterment.

Nancy Downs is the main antagonist of the 1996 supernatural horror film The Craft and a minor character of the 2020 sequel The Craft Legacy. She is a sexually aggressive, ill-tempered, and cantankerous girl and witch who has a tumultuous personal life, including a drunken mother named Grace Downs and an abusive stepfather named Ray Sanders. In The Craft Legacy, she is the biological mother of Lily Schechner.

She was portrayed by Fairuza Balk who also voiced Connie DiMico in the Family Guy episode "Let's Go To the Hop".

Sixteen-year-old Nancy was born on January 29, 1980, and was the only child of both Grace Downs and an unnamed father. At some point in Nancy's life, her biological father left her and her mother to fend for themselves. Years later, her mother married another man by the name Ray Sanders, whom Nancy was never comfortable to be around with. He often made inappropriate remarks to her and irritated her.

When Nancy began high school somewhere around 1994 or 1995, she befriended two girls who were outcasts in some ways like her, Bonnie and Rochelle. The three shared a mutual interest in witchcraft, so they formed a coven. They yet exhibited no supernatural powers until the arrival of a natural witch, a lonely young woman with a tragic past of her own named Sarah Bailey.

Bonnie, who was the only person caught a glimpse of Sarah using magic to make a pencil standing still on her desk in class, ran to Nancy and tells her that Sarah is the fourth girl to complete their coven. But Nancy shrugs her off by telling her that they do not require a fourth person. Finally, Nancy accepts Bonnie's theory and introduces herself to Sarah. Nancy, Bonnie and Rochelle took Sarah to an occult shop run by the wise and kind witch named Lirio, which the trio visit and even steal frequently, and this is how Sarah discovers that the three young ladies were practicing witches.

When the same snake-loving vagrant who was trespassing at Sarah's new house in Los Angeles begins to harass her, the four girls suddenly share a thought; a car would hit the homeless man (who keeps claiming to be contact with the nature spirit Manon who he calls "The Man") and it did, leading Nancy to believe that with Sarah the quad, capable of having actual supernatural talents, which goes to Nancy's head.

Nancy began to delve deeper and deeper into the art of magic that her addiction for ultimate power consumes her that she invokes the deity Manon. Lirio stated that Nancy took this invocation to a dark place, using the power she was channeling the spirit of Manon (who himself is like nature because nature itself, as stated by Lirio, is both light and dark, loving and cruel, all at the same time), allowing Nancy to finally murder her repulsive stepfather Ray, and later Chris Hooker, the boy who treated Nancy the same way he treated women like harlots. Yet, it did not end there, for this causes "Mean Nancy" to go completely mad and attempts to use her powers to threaten Sarah as shown that night while Sarah was dreaming, Nancy, Bonnie, and Rochelle, came to her in her nightmare were sadistically choking her and laughing at her before Sarah wakes up screaming. Sarah tried the first time a binding spell in order to prevent her from harming other people as well as herself, and it did not worked. Sarah, who also invoked Manon upon death and rebirth during the three young witches' assault at her house, not only make both Bonnie and Rochelle see the errors of their ways via the Rule of Three, but also to combat Nancy and successfully cast a binding spell which removed her magical abilities on Mamon's behalf, leaving her insane and institutionalized in a mental hospital.

The Craft: Legacy confirmed that Nancy is the main character Lily Schechner's biological mother, who gave her up for adoption in order to protect Lily against her enemies. Lily was given to Helen Schechner, who was Nancy's doctor. Nancy made sure that her daughter will never learn about her real identity, believing that it will protect the child from her enemies. Now, with Lily at her doorstep, Nancy realizes that her plan hasn’t worked. And she is right. Adam Harrison, who was a dangerous warlock and Helen's boyfriend knew exactly who Lily's real mother is and came after her and her powers because of it. While he was ultimately destroyed, the world has other warlocks as well as other types of adversaries. 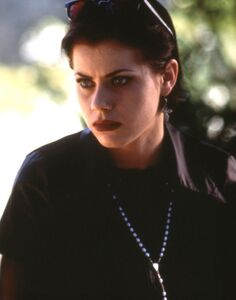 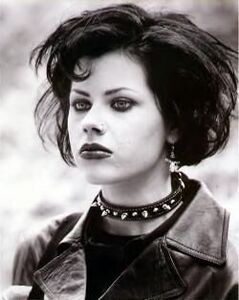 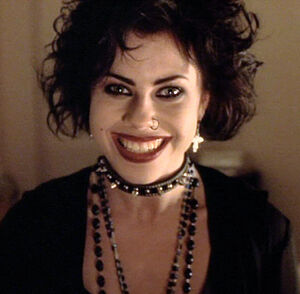