Reluctantly playing with Kuriko (as a child).

Going out with Kuriko (formerly).

To seek revenge against Kuriko for bullying him as a child by planning to marry and abandon her and their unborn child. (succeeded).

Nao is at first, the main protagonist turned true antagonist of the Junji Ito story The Bully from the 12th volume of his Horror World series. If the theory presented in the story is correct, then he is responsible for his wife Kuriko abusing their son Hiroshi by abandoning them.

As a child, he moved into a suburban neighborhood with his parents and is introduced to a girl named Kuriko at the playground. Ecstatic, he decided to play with her only for her to bully him on a daily basis as he was clingy and prevented her from being with her crush, Yutaro, he and his family finally moved out after she unintentionally nearly killed him whilst bullying him.

As he grew older, he developed a deep hatred for her and wished to seek vengeance against her in the most hurtful way possible.

Years later, Nao is who now a handsome, young adult finds the adult Kuriko who expressed regret and remorse for her actions. He bonded with her, convinced her to leave her boyfriend Yutaro and eventually marries her in a small private wedding.

However Nao disappeared after their son, Hiroshi is born. Yuriko initially thought he was kidnapped or fell of a cliff, but later surmised it was revenge for bullying him in the past. As a result, four years afterwards Kuriko started abusing Hiroshi and calls him Nao as a surrogate. 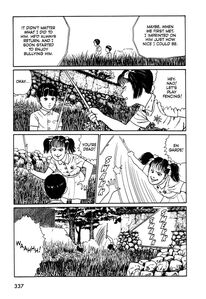 Nao getting bullied by Kuriko. 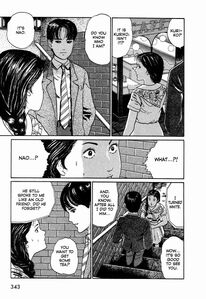 Nao encountering Kuriko for the first time in years.