Put an end to the curse (failed).

Naoko Kawamata is a character in The Grudge 3.

Naoko is the younger sister of Kayako Saeki. Naoko spent her childhood with her sister and mother at a small rural village in Japan. The sisters were subjected to their mother's rituals, which traumatized them. Naoko grew up, suffering from nightmares of the rituals and married a man named Daisuke. She was blamed for the deaths (due to her familial connection to Kayako). At some point, she obtained Kayako's diary and a portion of her blood through unknown methods.

She was portrayed by Emi Ikehata.

After the deaths at the Chicago apartment, she saw Jake's death in her dream, and woke up. Later, she found news reports on the case, left by her coworkers on her table. Naoko decided to try and put an end to the curse, against Daisuke's wish. She comes to the decaying and cursed Chicago apartment building and meets the building's landlord Max and his sisters Lisa and Rose, sympathizing with them because of what they were going through. Naoko later went to a sidewalk with Lisa and Rose, and told Lisa about her childhood and Kayako's fate.

She also explained to Lisa the true reason of deaths and disappearances in their apartment and told her of the curse. Naoko then revealed her true reasons to move, telling about the banishing ritual, and asking for Lisa and Rose's participation. Lisa, however, refused to join in, believing this to be a pretext for a more nefarious purpose. Naoko later visited Jake's funeral and watched Lisa talking to doctor Sullivan about Jake. Naoko was later visited by Lisa, who was expelled from their apartment by a possessed Max, and told her their time was running out before they will be killed. Lisa agreed to perform the ritual and stealthily took Rose from the apartment.

Naoko reunited with them and started the ritual at the Kimble's apartment. Rose was required to drink Kayako's blood, to which Lisa refused to allow her. They were then surprised by a possessed Max, who attacked and pursued Naoko throughout the building, while Lisa and Rose were pursued by Kayako. Eventually, Naoko was brutally killed by Takeo just as Kayako was. Rose drank Kayako's blood, and the ghosts vanished. Lisa found Naoko's corpse in the hall, at the feet of a Max, who was no longer possessed, at was horrified by what he had done. Naoko appeared as a ghost and killed Max in the hall, with Lisa later discovering his corpse. 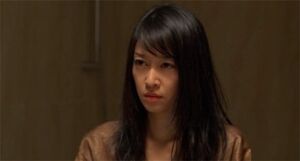 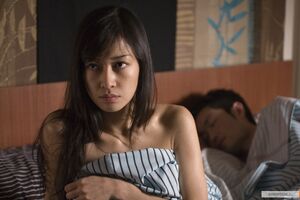 Naoko wakes up in the morning. 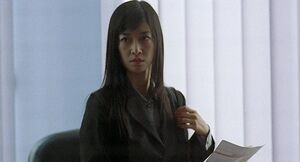 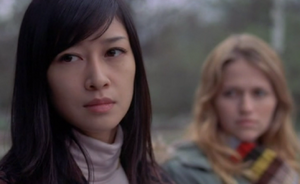 Naoko explains the curse to Lisa. 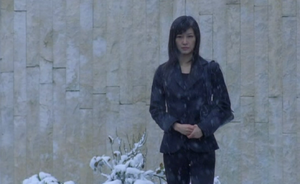 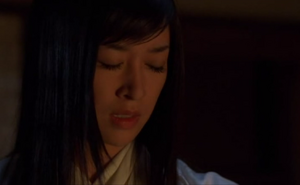 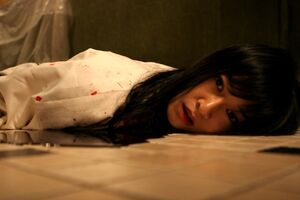 Naoko's corpse after she is murdered. 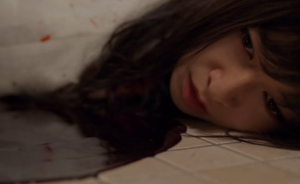 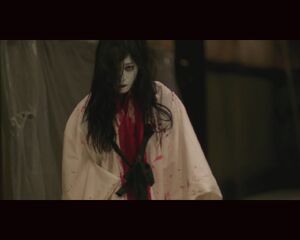 Naoko as a ghost. 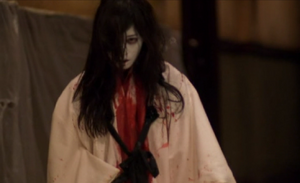 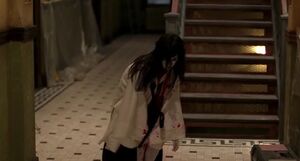 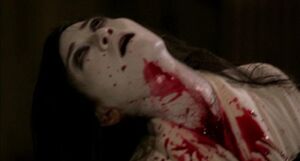 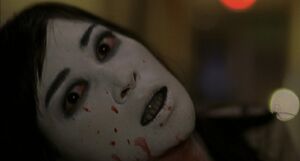 Retrieved from "https://villains.fandom.com/wiki/Naoko_Kamawata?oldid=3753694"
Community content is available under CC-BY-SA unless otherwise noted.