Protect humanity from Smart Brain and the Orphnoch King.

Anti-Villain
Naoya Kaido is an Orphnoch who is friends with Yuji Kiba and a supporting antagonist turned major protagonist in Kamen Rider 555.

Unlike Kiba, Kaido became an Orphnoch after he was sired as opposed to evolving into one naturally. Though he at first abused his Orphnoch powers and was not concerned with saving humanity, his conscience eventually gets the better of him and he sides with Kiba against Smart Brain and their goals of wiping out humanity to be replaced with Orphnochs.

He was portrayed by Mitsuru Karahashi.

Originally a practicing guitarist, his teacher was angered to discover his skills were better than his and sabotaged his motorcycle, resulting in an accident that left Kaido unable to play the guitar. He was later sired into becoming an Orphnoch by Eiichi Toda on his rampage, turning him into the Snake Orphnoch. Kaido was then taken in by Smart Brain and went to go live with fellow Orphnochs Yuji Kiba and Yuka Osada.

Kaido at one point saved an Orphnoch named Yoshio Kobayashi from committing suicide. The two became friends and attempted to audition to become the newest members of Lucky Clover by stealing the Faiz and Kaixa belts. Though they recovered the belts, they soon learned that the position could only be offered to one Orphnoch and were told it would go to the one who killed Yuji Kiba. While Kaido was reluctant, Yoshio was more willing, abducting Yuka in order to lure Yuji out. Disturbed by Yoshio's ruthlessness, Kaido turns his back on his old friend, who is later killed by Kaixa's Gold Smash.

Eventually, Kaido sides with Yuji and Yuka to protect the humans as opposed to supplanting them. He also would save an orphaned boy from a fire, Teruo Suzuki, who would later turn out to be the legendary Orphnoch King. When Yuji Kiba became the new president of Smart Brain after being given the position by Hanagata, he gave Kaido one of the six Riotrooper Gears and appointed him as commander of the Riotroopers. However, Kaido soon discovered that Kiba, having grown disheartened with humanity after Yuka was killed, was seeking to awaken the Orphnoch King. Shocked that Kiba had given up his beliefs, Kaido gives up his Riotrooper belt and quits.

In the non-canon movie, Kaido Yuka, and Kiba are among the few Orphnochs who are on humanity's side. During an operation to recover Smart Brain's Emperor's Belt, the trio fell into a trap set by Smart Brain and had to face off against the Elasmotherium Orphnoch. After Yuka was fatally injured by the colossal Orphnoch, Kaido attempted a suicide attack on it but was instead eaten alive, leaving Kiba as the only survivor. 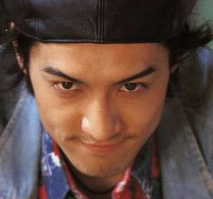 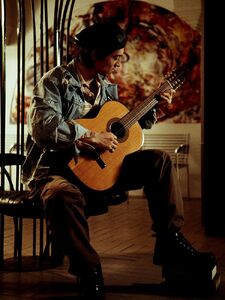 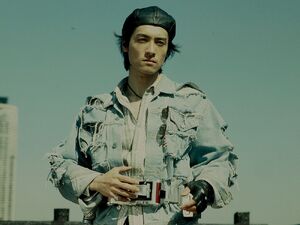 Kaido with the Faiz belt on. 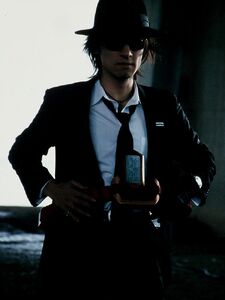 Kaido as a Riotrooper of Smart Brain. 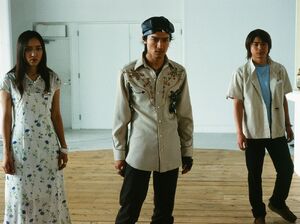 Kaido and the other Renegade Orphnochs in Paradise Lost. 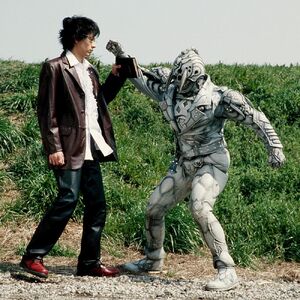 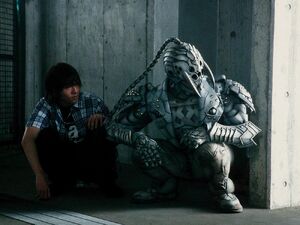 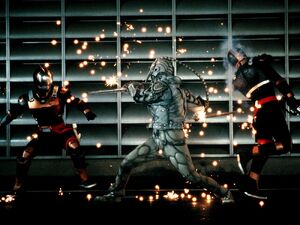 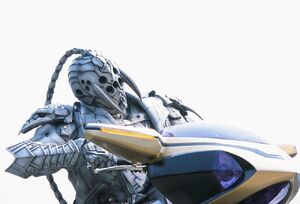 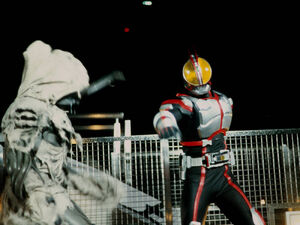 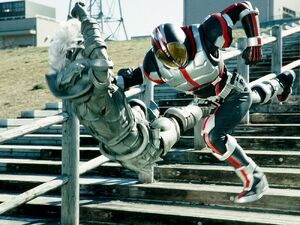 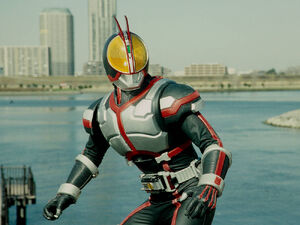 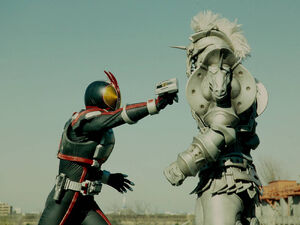