Napoleon Bonaparte (Night at the Museum)

Night at the Museum 2

Emperor of the French

Commands a small group of hussards

Getting revenge on people who "offend" him

Take power for himself

Napoleon Bonaparte is one of the secondary antagonists in Night at the Museum 2. He was one of the villains that joined forces with Kahmunrah.

He was portrayed by Alain Chabat.

He came from a forgotten exhibit in the basement, Napoleon Bonaparte along with Ivan the Terrible, Al Capone and their henchmen (gangsters, Streltsi and hussards), Napoleon joined Kahmunrah. They do not really see what the point is, but they understand they will be given a part of the world in exchange of their help.

Napoleon captures Larry Daley in the National Gallery of Art and brings him to Kahmunrah. He later sees him with Amelia Earhart crossing the park. Kahmunrah, thinking they are trying to flee, sends his forces against them. They find Larry and Amelia in the Air & Space Museum, but they fail in the pursuit.

It is unknown what happened to him, Ivan the Terrible, & Al Capone afterwards, as they were last seen fighting each other. 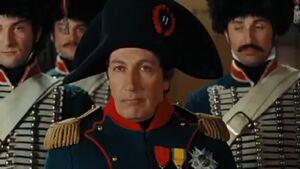 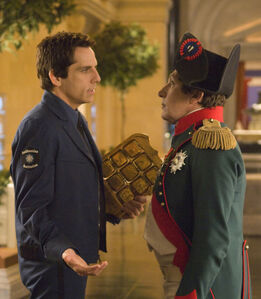 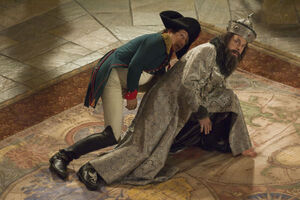 Napoleon and Ivan playing Twister in a deleted scene 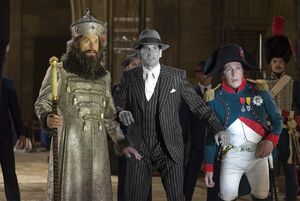 Napoleon tricked by Larry into arguing with Ivan and Al Capone.