Narizma Shibonz is a seahorse-themed Gangler Monster and is the main antagonist in episode 44 of the 2018 TV series Kaitou Sentai Lupinranger VS Keisatsu Sentai Patranger. Also he is equipped with these two treasures and they are a quill called Le maître des marionnettes and a microphone called Un million de voix. Not to mention he's Zamigo Delma's source of intel.

He is voiced by Toshitsugu Takashina who previously voiced Bandarean Jeeva from Dekaranger and Bazaruso-LJ of the Scan from Goseiger.

In episode 43 he made his first appearance disguised as a cop that the Patrangers know however he used this for his advantage as he fool them into thinking Noel is working with the Interdimensional Crime Group Gangler.

In episode 44 he made his 2nd appearance (still disguise as a human cop) in a police car with Patren1gou listening in if Noel has really betrayed the police force.

During the flashback from Patren3gou she recalled that one time when they were transporting Yoshi Urazer to a safe location in Paris well Narizma has been leaking classified intel to the rest of the Ganglers, such as the transport of VS Vehicles and prisoners.

A while later he appeared under the bridge with Patren1gou asking him if he found Noel, but his cover was blown thanks to some info that were brought from the French Branch in Paris and he accidentally left the Ipod in the police car showing that no music were downloaded onto to it.

So in retaliation he used the treasure's ability to have the cops aim at each other. However before they can open fire on each other Noel saved them in the nick of time and during the flashback from Noel it was him using the treasure's ability to have Noel open fire on the police from the previous episode. So he tossed a calling card at "Satoru" revealing him to be Narizma Shibonz who's been using the 2nd treasure's ability to mimic as Satoru. So Narizma has no other choice but to revealed that Satoru Shinonome was dead and has been using his form to fool the Patrangers along with framing Arsene Lupin’s surviving adopted son Noel Takao.

With that said the police and Noel transformed and battled Narizma. During the fight he used the treasure's ability to stop the police in their tracks and causing them to open fire on each other, but that was stopped by the arrival of the Lupinrangers as they knocked him to the ground and gained access to his two safes (which his password for the left pectoral is 9-3-0 and for the right pectoral is 3-1-0) and got 'Un million de voix' (which translate as "A Million Voices") microphone and the stolen Le maître des marionnettes (which translate as "Master of Puppets") quill. After that he was then taken out by Super Lupin X and PatrenUgou.

However thanks to Goche Ru Medou she enlarged Narizma Shibonz as he battles Pat Kaiser and X Emperor Slash/Gunner. However now equipped with the Sirenstriker he has to battle Siren Pat Kaiser as he has no chance against it. After that he was then destroyed by this finisher called PatKaiser: Siren Gunner Strike. 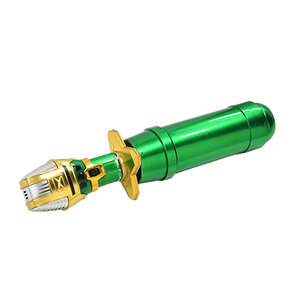 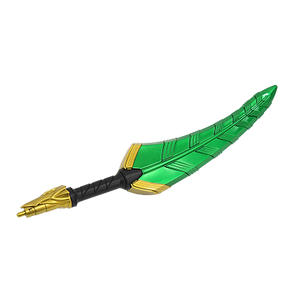 Retrieved from "https://villains.fandom.com/wiki/Narizma_Shibonz?oldid=3650149"
Community content is available under CC-BY-SA unless otherwise noted.