The Secret of NIMH

Continue experimenting on rats, mice, and other animals.

The National Institute of Mental Health ("NIMH" or "N.I.M.H." for short) is the Big Bad of the 1971 children's book Mrs. Frisby and the Rats of NIMH by Robert C. O'Brien, and the overarching antagonists of the Secret of NIMH movie series based on the book. It was based on the American federal research institute of the same name. Being a medical research institution, they often experimented on animals, often showing little regard for the welfare of their subjects.

NIMH was responsible for the creation of the hyper-intelligent rats that would eventually become known as the "Rats of NIMH". As it turns out, the rats started out as ordinary street rats who were captured along with several mice by several men working for NIMH. Being sent to the NIMH institution, the rats and mice are subjected to torture and experimentation along with other unfortunate animals by the scientists, eventually becoming intelligent enough to free themselves from captivity. The rats managed to escape through the ventilation system, but the mice were not so lucky as they end up being sucked down to their deaths, with the exception of two (Jonathan Brisby and Mr. Ages). Jonathan was able to free Ages and the rats by unlocking a vent door, and they escaped to the Fitzgibbons' farm, where they took refuge beneath a rose bush and formed a society (led by the old but wise Nicodemus) to evade NIMH.

Despite having escaped the grasp of NIMH, the rats are worried that the farmer would find out about their presence since they stole some of the farm's electricity to benefit themselves and decided to evade to an unknown place called Thorn Valley for safety. However, one of the rats named Jenner refused to accept this and betrayed the rats by murdering Nicodemus so that he can take over and wage war against the humans. However, Justin defeats Jenner in combat, and Jenner ends up being killed by his former associate Sullivan.

It is unknown what became of NIMH following the rats' escape to Thorn Valley, but it is presumably still active, whether or not it has improved its (to be frank) horrific treatment of animals is also left unknown.

Secret of NIMH 2: Timmy to the Rescue

Years later, Jonathan's son Timmy comes across a female field mouse named Jenny McBride, whose parents were two of the lost nine mice who tried to escape NIMH but were thought to have died. The Thorn Valley council decides it would be too dangerous to save the nine mice, so Jenny and Timmy go alone. They take a hot air balloon, but it is attacked by a hawk and crashes in the forest.

Seeking help, they visit the Great Owl. They there learn that a caterpillar named Cecil has teamed up with Jeremy, the crow from the first film, to trick the forest animals into paying them money. Jeremy and Cecil take the two mice to NIMH where they find two of the rats from Thorn Valley, Justin and Brutus. They also learn that Dr. Valentine, the head scientist, has made Martin insane. After being made insane, Martin took over the lab and brainwashed Dr. Valentine with a device similar to the one Valentine used on him and made him think he was a dog. Martin plans to use an army of lab rats riding a flock of ravens to take over Thorn Valley.

He asks Timmy to join him, but he refuses and is locked in a cage as Martin drags Jenny away to make her his queen. Timmy escapes with the help of Cecil and they go to free Jenny. Together, they knock out Martin and Timmy tricks Martin's army of ravens and rats to fly in the wrong direction. Timmy and Jenny then leave to find the others, only to find once everyone is free that NIMH is on fire. The survivors (Timmy, Jenny, and her parents) flee. Timmy goes back to save Martin. Before he leaves, Jenny tells him she loves him and he tells her the same. After being attacked by the crazy cats once again, Timmy sends them down an elevator shaft and finally finds Martin.

Timmy and Martin are able to escape through the lab's skylight, with some help from Jeremy. Jeremy takes the survivors to safety while Dr. Valentine and the human employees of NIMH flee their headquarters and never returned.

To continue experiment on rats, mice, and other animals. To recover the rats and mice that escape from NIMH so they can learn from them. (Maybe to cover up their losses and if anyone finds out about it, it will be trouble for NIMH). NIMH believes that their experiments have work on the rats and mice. The rats and mice, maybe, became more intelligent than men and they have science and possibly magic. 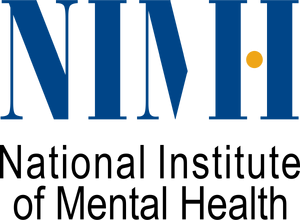 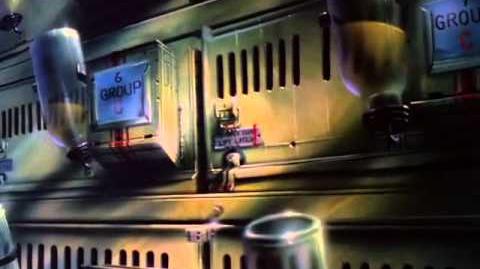 The Rats of NIMH - Origin
The origins of the "Rats of NIMH" - showcasing some of NIMH's inhuman treatment of animals.
Add a photo to this gallery

Retrieved from "https://villains.fandom.com/wiki/National_Institute_of_Mental_Health?oldid=3483540"
Community content is available under CC-BY-SA unless otherwise noted.