Defeat the second wave of Worms.

Turn everyone in human society into Worms.

Aliens
The Natives were the first Worms to come to Earth, arriving 35 years prior to the start of the series, and the main antagonists of the final arc of Kamen Rider Kabuto.

Having arrived on Earth in the year 1971, the Worms warned of a second wave of Worms that were coming to Earth and secretly helped found ZECT as well as developed the Masked Rider System for the organization to combat the second wave.

However, the leader of the Natives, Negishi believed peaceful coexistence between Worms and humans was impossible and secretly conspired with ZECT second-in-command Masato Mishima to enact a plot to turn all of humanity into Natives.

Natives appear to be of a separate breed than the Worms that would come later, having large rhinoceros beetle-like protrusions coming out of the fronts of their heads. 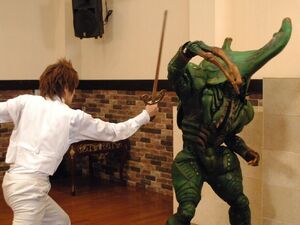 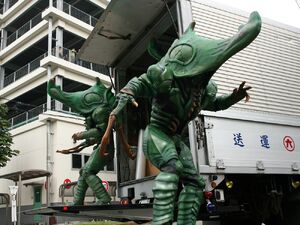 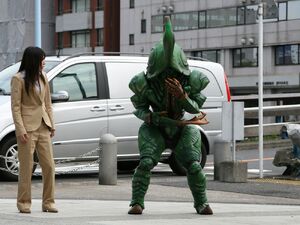 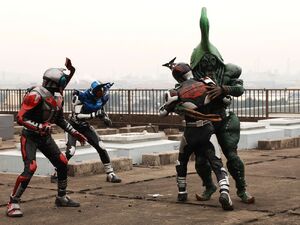 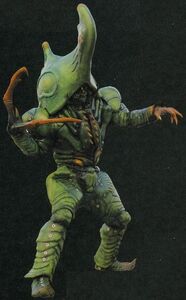