Get revenge on Tun.

Natre is the main villain of 2004 Thai film Shutter is former girlfriend of Tun whom he dated her in collage. She inspired the character Megumi Tanaka.

She lived with her widowed mother who raised her after her father's death. Natre was shy girl who tried make friends until she met Tun at photography class and become couple Their relationship first loving and but Tum become distant ends abruptly as he refused acknowledge their relationship to his friends. that she was gang raped by Tun's friends which Tun didn't help her and click the photos of crime for blackmail. it drove Narte of out of Bangkok and tried commit suicide by pills , her mother stop this attempt before Narte commit suicide in hospital by jump. Her corpse was kept by her mother in the room for 3 years and her spirit haunted Tum and his girlfriend Jane when they hit her ghost who pose as human after his friend's wedding it left Jane guilt but Tun didn't know that Narte was here at his body after accident caused neck pain and the photos were disturbed by her shadow as Tum and Jane tried figure out their relationship start drift apart. they learned from photo specialist about spirits didn't leave their loved ones. she targeted her rapists which she is manipulated them into commit suicide. 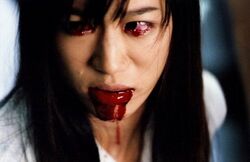 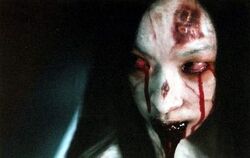 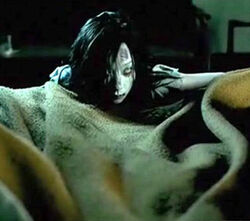 Add a photo to this gallery
Retrieved from "https://villains.fandom.com/wiki/Natre?oldid=3509930"
Community content is available under CC-BY-SA unless otherwise noted.